Tell Me More:
Conflict-Free Conversations During the Holidays 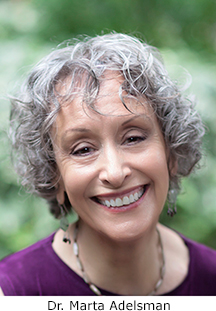 Ben didn’t know of any other family as diverse as his when it came to religion and politics. Every year, when the family gathered for the holidays, Ben watched his Uncle Jim navigate the diversity with a skill that softened interactions and lightened moods.

As Ben watched how Uncle Jim could calm the heated conversations that occurred each year, his admiration for his uncle grew. In discussions that would derail most family interactions, Ben marveled at how his uncle engaged in them with ease.

He would listen to others’ opinions (even Aunt Lila’s), and though they were miles apart from his own, he would often say three words: “Tell me more.” Then he would continue to listen.

Uncle Jim was no pansy. Family members knew exactly where he stood. Yet he never made anyone else’s viewpoint wrong. Instead of trying to change Aunt Lila’s — or anyone else’s — mind, Uncle Jim would approach them with curiosity about how they thought and felt. He never seemed threatened by the differences between them.

Aunt Lila, on the other hand, often pitted herself against family members whose opinions differed from hers. She would argue and try to make others look at things from her perspective. Aunt Lila had a reputation in the family — always approaching conversations “with a need to be right and ready to fight!”

Aunt Lila and Uncle Jim’s interactions reminded Ben of his martial arts class. He had just learned the principle of moving with your opponent. Doing so creates a surprise element that throws the opponent off balance.  Ben noticed how Aunt Lila’s resistance to others created tension and rigidity. Uncle Jim’s tell-me-more approach reminded Ben of this martial arts principle he had learned, which required relaxing into the conflict.

Once, Ben asked his uncle why he engaged with people this way. Uncle Jim told Ben how he felt curious about why other people hold the beliefs they do.

“My way is not the only right way,” Uncle Jim had told him. “Other people feel just as ‘right’ as I do, and I can respect that. I don’t need to make them wrong or convince them of anything.”

Uncle Jim had gone on to say, “If I set myself against them, they only feel me as a wall. And what do people do with walls? They want to bust through them, break them down. It only makes them more set in their opinions.”

“I’d rather be a bridge,” Uncle Jim told Ben. “If I ask questions and really listen, people are going to hear themselves instead of the opinions of an old man. If I’m open to them, who knows? They may go away from the conversation more open, too.”

“No wonder everyone loves Uncle Jim,” Ben thought. Secure in his own viewpoint, Uncle Jim didn’t feel threatened by other peoples’ attempts to change his mind. He cultivated a genuine curiosity about why they felt the way they did.

Last week, Ben had read a blog about something the writer called “either/or” thinking. He realized Uncle Jim stays out of either/or.  Instead, he talks a both/and language. As people approach him with attitudes full of clenched fists, Uncle Jim’s both/and paradigm disarms them.  When they take a swipe, they encounter nothing but a loving, open space.

Winning an argument isn’t the issue, thought Ben. What really counts, in the end, is love.

Dr. Marta Adelsman is a Life Coach in Communication and Spiritual Consciousness.  She works with people who want to know themselves and their purpose on the planet. If you are such a person, Dr. Marta will walk alongside you to support you to make spiritual principles practical and alive in your communication with others, with yourself, and in your life situations.