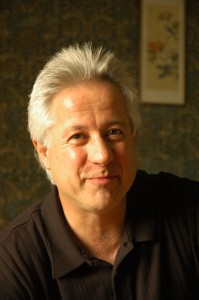 New York City, the intersection of Greenwich and Liberty. We’d just walked through the Twin Tower Memorial. The recessed fountains, rimmed as they are with brass – engraved with the names of the dead. Water, ever flowing. Down and down again.

Years have passed. That bitter ache no longer rises. Something of a milestone. Here of all places, I thought. Yes, time had done that thing that time does – making hard things easier. I felt it, yes – body memory moved things inside. But the intensity has faded. I wasn’t there… could count, with just a few fingers, the times I’d been in the city. I knew no one who had died. Still, there was all that emotion – we all felt it, all had things to say, and we said them – repeated them again and again. Like most of us, I was nowhere near when the towers fell. Still, like so many others, I took it personally.

Then I turned it off. I was tired of feeling it. All I might think I had to say was foolish and shallow by any comparison to the experience of others.

Yes, national pride, national sorrow. Shared anger – all that stuff. Still, not long after, I was making an effort to avoid any mention of the event. There was nothing I could do, and it felt horrible. I shut it down, turned it all off. Whether from some weakness or self-protective stance in the face of overwhelming feelings, I allowed myself to think only so far – as far as it took to wonder how long. “How long until these ugly emotions begin to fade?”

I guess it took about fourteen years. This was the first time I’d come to see and remember. Max, Karen and I walked around all of it, looking at the new building and the memorial to the old ones. Sure I felt something, an ache welled up, as if looking for a way out of me. But it was so contained, minimal by comparison. So, fourteen years. I guess that’s about how long it took.

We were walking away when I saw Fire Station No. 10. It’s location, the proximity. The implications snagged the edges of…

I tried to walk past, actually made it another thirty steps before stopping to look back. Two fire guys stood talking where the big bay doors met the sidewalk. Cutting across the street, they watched as I approached. Another out-of-town’er. Sorry, I thought, but here I come. No telling – no way to count how many times they’d had to talk with people like me.

“Was this station here then?” My first words – hoping they would say no.

“Ya, right here. Always have been,” The implication unmistakeable. “Have been.” As in, “We.”

Just like that – just those few words were all that were necessary. The whole story. End of story.

I felt, saw my hand rise involuntarily – an attempt to shield my mind from horror, our eyes meeting for only a moment before my head bowed. It all came back. But through their eyes, their memories and emotions. I turned almost immediately and walked away. A dozen questions had flashed to mind, but I wasn’t going to ask them. “I’m sorry,” rose in my throat but never made it past my lips.

Was I sorry? As sorry as they were? Not a chance. Feeling like a fool, I turned and walked away.

“Thanks.” Just a few steps into my retreat I heard one of them say it. “Thanks,” or, “Thank you.”

Thanking me for what? I’ll never know for sure. Maybe it was rhetorical. “Thank you, you ass-hole, for not caring enough to ask after our dead friends!” No, that was just my projection – me feeling so small in the face of the facts.

But there at the corner of Greenwich and Liberty streets in lower Manhattan, it was personal.

I can say it this way – write it here. I didn’t feel like I had the right to say it to their faces. By comparison, I had no idea what sorry really meant.