Sedona AZ (May 20, 2016) – The Sedona International Film Festival is proud to present the Northern Arizona premiere of the critically-acclaimed film “How to Let Go of the World and Love All the Things the Climate Can’t Change” showing one day only: Tuesday, May 31 at 4 and 7 p.m. at the Mary D. Fisher Theatre. The Sedona premiere is a stop on the film’s nation-wide “Let Go and Love Tour”.

In “How to Let Go of the World and Love All the Things Climate Can’t Change”, Academy Award-nominated director Josh Fox (“Gasland”) continues in his deeply personal style, investigating climate change — the greatest threat our world has ever known.

Traveling to 12 countries on six continents, the film acknowledges that it may be too late to stop some of the worst consequences and asks, what is it that climate change can’t destroy? What is so deep within us that no calamity can take it away? 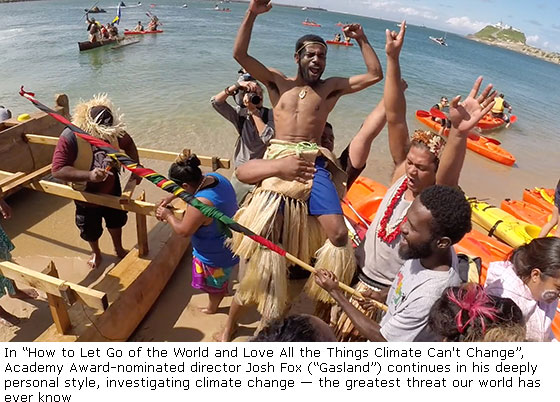 Let Go and Love Tour: A Road to Climate Justice 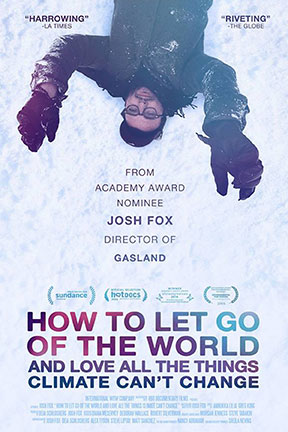 More than just a film, “How To Let Go Of The World And Love The Things Climate Can’t Change” is intended to be a launch pad for education and action in communities. Josh Fox plans to tour the film to 100 towns and cities in the U.S. and across the world that are cited as “Hot Spots” for fossil fuel infrastructure to engage with residents in protecting their lives and land from the encroaching gas industry.

With experts, artists, and concrete resources including toolkits, counterproposal support, and connections to investors to finance their counter-proposals, the “Let Go and Love Tour” will help communities lead a renewable energy revolution, one community at a time.

“How to Let Go of the World and Love All the Things Climate Can’t Change” will show at the Mary D. Fisher Theatre on Tuesday, May 31 at 4 and 7 p.m. Tickets are $12, or $9 for Film Festival members. For tickets and more information, please call 928-282-1177. Both the theatre and film festival office are located at 2030 W. Hwy. 89A, in West Sedona. For more information, visit: www.SedonaFilmFestival.org.