RV Fire in Cornville at the White Bear Storage

Cornville AZ (May 1, 2017) – On Thursday April 27th approximately 10:50 am Verde Valley Fire District (VVFD) responded to Cornville at the White Bear Storage for a RV fire.  Owner stated there was an odor of rubber burning when they called 9-1-1. 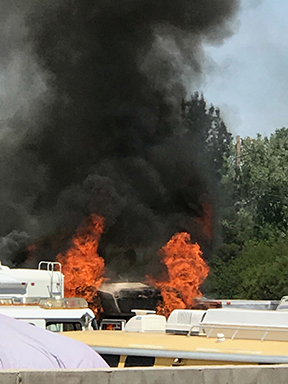 The RV of origin was a total loss.

Copper Canyon Fire and EMS Authority assisted VVFD.   There were no injuries.