Cottonwood AZ (June 7, 2017) – On June 6th 2017, around 3PM, Partners Against Narcotics Trafficking (P.A.N.T.) detectives located a subject believed to be 48 year-old Edward Kaplan of Cottonwood. He was seen entering a restaurant in the 500 block of North Main Street, Cottonwood, AZ.  Detectives had specific knowledge of Kaplan and his alleged involvement in the use, sale and distribution of illegal drugs. 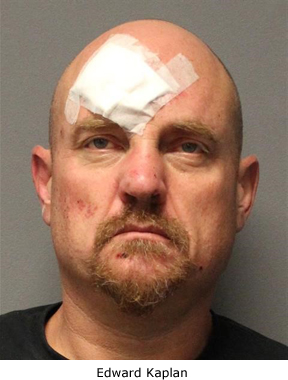 As detectives stopped in a dirt lot where Kaplan was now walking, Kaplan began running across the street (North Main) while dodging traffic. Detectives pursued him on foot as he was carrying a backpack which was sliding to the front of his body. While he was being chased, Detectives yelled for Kaplan to stop several times, stating, “Police, Stop,” but Kaplan refused and kept running. Previous information gathered during investigations indicated Kaplan was reported to be armed with a handgun.

Additional detectives were nearby and began to close the distance on Kaplan in a vehicle. Kaplan was tackled in the street and a struggle ensued to get him into custody as he continued to resist arrest.  Kaplan was eventually arrested without further problems when back up detectives arrived.

Detectives searched the backpack Kaplan was carrying and found the following items; a loaded .45 caliber handgun with numerous rounds, 11.3 ounces of methamphetamine (Nearly ¾ of pound with a street value of $25,600), 9 grams of brown “cinnamon” heroin (Street Value of $900), 6 grams of black tar heroin (Street Value of $600), a digital scale with residue, numerous empty plastic bindle baggies, $935.00 in cash, and a hypodermic syringe. 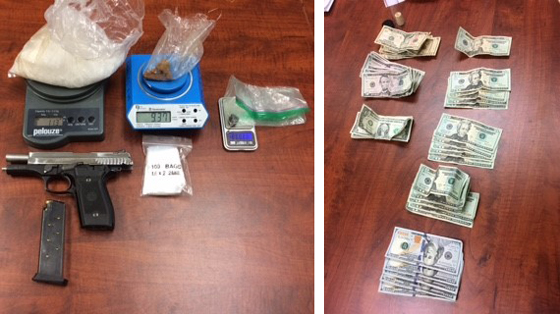 During further investigation it was learned, Kaplan had active felony and misdemeanor warrants for his arrest from Yavapai County Superior Court and the Cottonwood Municipal Court respectively with bonds of $2500 and $1500.