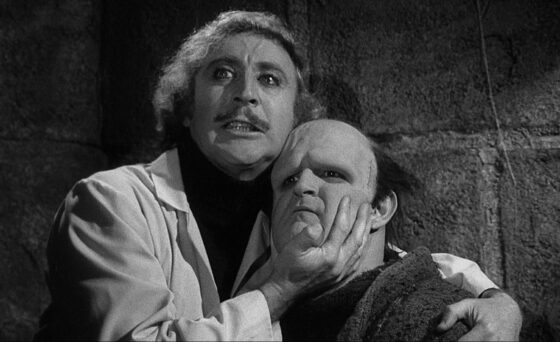 Sedona News – Kicking off our “Hallo-weekend” of films and just in time for Halloween: “Young Frankenstein” returns to the big screen in Sedona on Friday, Oct. 28. The Sedona International Film Festival is proud to present the return one-night-only engagement at 7 p.m. at the festival’s Mary D. Fisher Theatre.

Feel free to dress in costume — if you wish — and come kick off Halloween Weekend by seeing this classic comedy the way it was meant to be experienced: on the big screen! There will be special concessions treats in the theme of the evening!

Young Frankenstein believes that the work of his grandfather is only crap, but when he discovers the book where the mad doctor described his reanimation experiment, he suddenly changes his mind. After he creates his own monster (Peter Boyle), new complications ensue with the arrival of the doctor’s fiancée, Elizabeth (Madeline Kahn).

“Young Frankenstein” will be shown at the Mary D. Fisher Theatre on Friday, Oct. 28 at 7 p.m. Guests may dress in costume, if they wish. Tickets are $12, or $9 for Film Festival members. For tickets and more information, please call 928-282-1177. Both the theatre and film festival office are located at 2030 W. Hwy. 89A, in West Sedona. For more information, visit: www.SedonaFilmFestival.org.