On The Wings of The Dharma, Fly Compassion and Love

Sedona AZ (February 14, 2016) – In a world where so many know only suffering as their daily staple, one wonders how those better off can simply ignore the fate of their fellow man and go on with their lives oblivious to their needs, while others are moved to do something to alleviate the misery the poor, the sick and the disenfranchised live their entire lives in.

Wings of The Dharma, to be shown at this year’s Sedona International Film Festival, is a documentary that explores the phenomena of those who devote their lives to helping and providing care for the forgotten, the innocent and the struggling masses that comprise most of the third-world populations.

The film follows the work of Sedona’s Dr. Julia Williams and Dr. Loretta Mayer from Flagstaff, and others, as they struggle to provide care and sustenance for the poor in a remote Tibetan refuge camp located in the northern, central highlands of India. 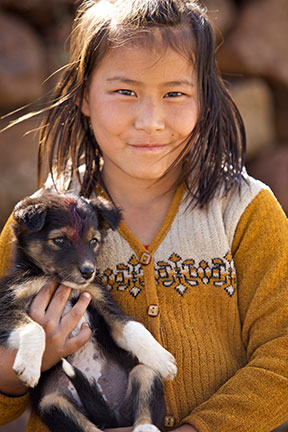 They work in tandem with H.E. Tulku Tosri Rinpoche and other spiritual leaders to bring not only medical care and other necessities like eyeglasses and food but spiritual sustenance, education and hope to the people as well.

“Dharma” is defined as the principle of cosmic order; virtue, righteousness and duty – especially social and caste duty in accord with cosmic order. It includes the teaching of the religion of the Buddha.

Dharma is one of the fundamental elements of which the world is composed.

The death statistics for India are staggering.  Over 2 million children under five-years-old die every year. Of those, 400,00 die within the first 24-hours of life.

Adding to the toll are the 400,000 people a year that die from rabies after being bitten by an out-of-control dog population.

These volunteers, working under the auspices of an organization called “Humanitarian Efforts Reaching Out (HERO)” not only provided medical care but also vaccinated canines with a vaccine designed to prevent them from multiplying in hopes of controlling the dog population and minimizing the deaths associated with them. 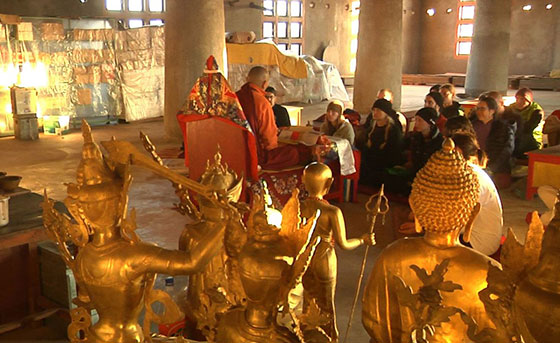 Director and Cinematographer Steve DeVol, a Sedona resident, captures the efforts of the volunteers and the spiritual leaders in a documentary that took four years to complete.

The message is clear, encapsulated in a Tibetan prophecy by Padsmasambhava (Circa 810 A.D.) – “When the iron bird flies [air planes] and horses run on wheels [cars] the Tibetan people will be scattered like ants across the earth; and the Dharma will come to the red-faced people.”

The movie makes it clear that the world is truly on the brink of achieving that status. It is in the darkest room that light shines the brightest.

Most of all, this is a movie about the unlimited capacity humans have to express divine compassion. No obstacle stands in the way of these extraordinary yet ordinary people in their effort to make this world a better place for their fellow man.

Their will to serve is indomitable. The passion of their hope is palpable.

Western technology and spiritual wisdom combine to bring comfort to the most helpless in a manner that totally defines the meaning of the word “love.”

On the wings of dharma, this movie does fly.

The movie will screen at 9 a.m. Saturday, February 20 at the Mary D. Fisher Theatre, and again on Thursday February 25 at 3:20pm at Harkins Sedona Six.