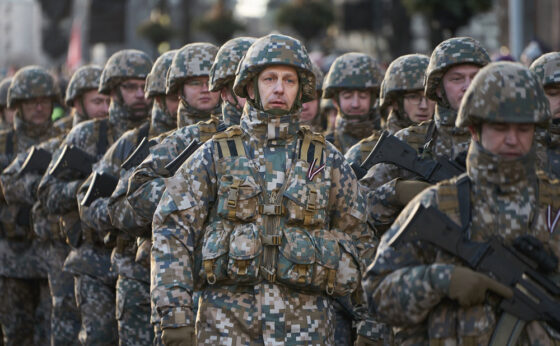 Let’s, for sake of this discussion, assume that eventually, after a reasonable amount of money has been stashed by the weapons-people, that the Russians win.

Let’s go one step further and assume that true to their promise, the Ukraine soldiers fight to the bitter end, valiantly giving their lives in defense of what once was their country. Every last Ukrainian male over the age of 16 and under the age of 60, is killed.

Now, we have millions of women with their children and grandparents that will come back to live their lives under Russian rule.

Their country is in ruins. Yes. It can be rebuilt, though. Not everything was destroyed.

The women are strong. They will sift through the debris, hoping to find traces of who they were before the war. They may find mementos. Some may come back to homes that were miraculously spared.

Maybe a child’s toy is still intact, untouched by the rampant bombings. Most likely, they will find something in the ruins of their past. But there something that no matter where they look that won’t be found.

Taken by death, their sons, lovers, brothers and fathers, no longer exist.

It’s a hard thought to fully grasp but this will be a reality if the Ukrainian men fight to the last man.

There will be men who come there to rebuild the devasted cities. They will not be Ukrainian. They will be strangers that come and go.

Without their Ukrainian men, the women will have to somehow fend for themselves and do what they must to survive and protect their children.

By the laws of conquest and DNA’s compulsion to manifest, the Russian men will step in to fill the gap and finalize the takeover.

It’s an old, very old, tried-and-true reality of war when taking over a nation by sword. You go in. Kill the men. Take the women and children. Breed with the women. Marry them. Form families. Indoctrinate the children.

Then you have it — a new land to rule over as the losers are assimilated into the winner’s culture.

Now, if the Ukrainian men win, and the Russian army retreats in bitter defeat, that’s a whole other story.

The male victors will be filled with the thrill of defeating a mortal enemy. They will be charged with physical creative male energy. The women will see security in the future. DNA steps in again and follows through with the first Biblical commandment – “Be fruitful and multiply.”

Life will replenish what death has taken. We will have a boon of Ukrainian babies like never seen before. Ukraine will rise again.