Verde Valley News – Health First Foundation Northern Arizona is among the first organizations nationwide to be recognized as a Healthy People 2030 Champion by the Office of Disease Prevention and Health Promotion, part of the U.S. Department of Health and Human Services. 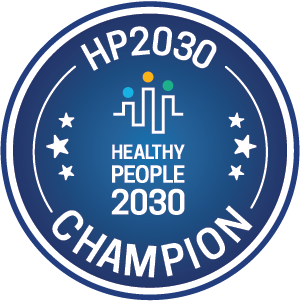 Health First Foundation is part of a growing network of public and private organizations partnering with ODPHP to improve health and well-being at local, state and tribal levels. As a Healthy People 2030 Champion, Health First has demonstrated a commitment to helping achieve the Healthy People 2030 vision of a society where all people can reach their full potential for health and well-being across the lifespan.

“ODPHP is thrilled to recognize Health First Foundation for its work to support the Healthy People 2030 vision,” said Rear Admiral Dr. Paul Reed, director of the ODPHP. “Only by collaborating with partners nationwide can we achieve Healthy People 2030’s overarching goals and objectives.”

Sandra Kowalski, president and CEO of Health First Foundation, said the foundation is honored to be part of this critical nationwide effort.

“Health First most certainly shares the Healthy People 2030 vision,” she said. “We believe every person in northern Arizona should have the opportunity to achieve optimal health and well-being, and we direct our fundraising and grant-making efforts to that goal.”

Healthy People 2030 is the fifth iteration of the Healthy People initiative, which sets 10-year national objectives to improve health and well-being. The objectives focus on the most high-impact public health issues and reflect an increased focus on the social determinants of health — how the conditions where people live, learn, work, and play affect their health and well-being.