Mysteries of Life, Death and the World Beyond

Sedona AZ (February 19, 2016) – Simcha Rapahel, Ph.D, will present a workshop entitled: Afterlife Journey of The Soul in Jewish Mysticism on Wednesday, March 2, 2016, from  3-5 PM. There is no charge for this workshop.

Within Jewish tradition can be found very extensive teachings on the afterlife journey of the soul. In a creative afternoon of study, story-telling and discussion we shall learn about Jewish views of the afterlife, particularly in the mystical traditions of Kabbalah and Hasidism. 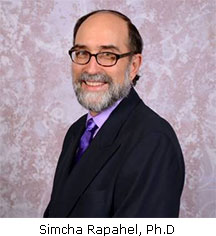 Dr. Raphael will present the connection between stages of the afterlife journey and Jewish death rituals, and the relevance of these teachings in one’s own encounters with the mysteries of life, death and the world beyond.

Reb Simcha Raphael, Ph.D. is Founding Director of the DA’AT Institute for Death Awareness, Advocacy and Training. He received his doctorate in Psychology from the California Institute of Integral Studies and was ordained as a Rabbinic Pastor by Rabbi Zalman Schachter-Shalomi. He teaches in the Religion Department of Temple University and the Psychology Department of Bryn Athyn College, and works as a psychotherapist and spiritual director in Philadelphia. He is a Fellow of the Rabbis Without Borders Network, and has authored numerous publications including the groundbreaking classical study, Jewish Views of the Afterlife. His website is www.daatinstitute.net.