Cottonwood AZ (April 16, 2018) – April 16 at approximately 9:50 am the Verde Valley Fire District responded to Thousand Trails and Forest Service 147A for a report of a camper on fire.  Crews arrived on scene to discover the mid-size camper 50% engulfed and threatening surrounding wildland. Additional information provided indicated two propane tank were in the camper.

Crews of Engine 311 immediately deployed an attack line and initiated a defensive attack on the fire and then transfer to an offensive mode to prevent the fire from spreading. Fire was contained to the camper which sustained extensive damage. 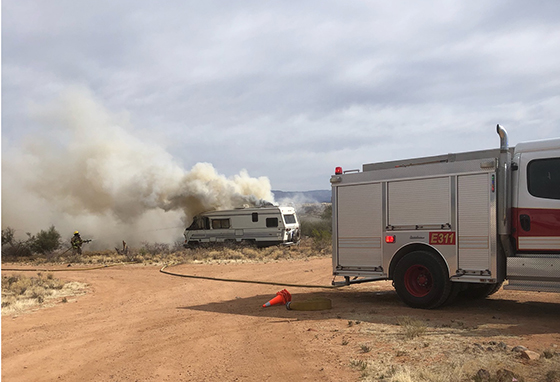 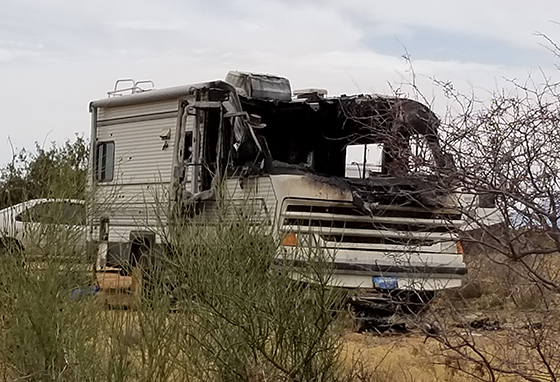 The two propane tanks were cooled and provided no further threats.

The owner indicated he has been having trouble starting the vehicle. Further investigation revealed the fire potentially started in the engine compartment.