Meeting The Muse ~ Well, Why Not?! 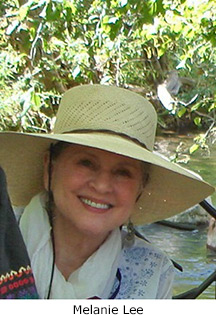 The truth is that it is really quite difficult to describe any human being.  So the writer says, ‘this is what happened.’ But she doesn’t say what the person was like to whom it happened. And so the events mean very little unless we know first to whom they happen. — Virginia Woolf, Author & Memoirist

A friend asked me last week how I came to write A Year In Sedona ~ Meeting The Muse At Wisdom’s Edge, my memoir about how I met up with my muse again at post-midlife. I said I just woke up one day and thought, “Well, why not?”  My husband and I had recently moved to Sedona to meet the muse at wisdom’s edge and the idea of writing a book about how to meet the muse was intriguing, and might even offer some quirky and fun inspiration for the over-sixty set.

The trip to wisdom’s edge actually began about twenty years ago when memoir writing was just beginning to re-emerge as a major genre. Writers were encouraged to try their hand at relating their life stories and I was intrigued. Like many writers, I acknowledged the debt owed to writer Virginia Woolf, who in the first decades of the 20th century provided groundwork for the very personal writing enjoying a major modern day resurgence. 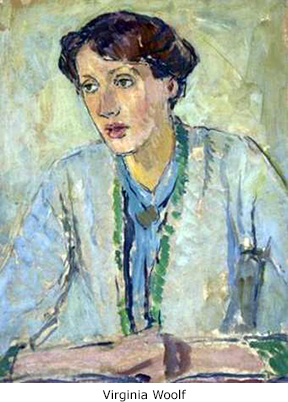 Virginia’s advice was sharp and clear: Don’t leave out the person to whom things happened, because many memoirs fail for just that one reason. I already knew a little bit about that. Back in my journalist days, I wrote a weekly column about people practicing right livelihood. My job depended on building a loyal readership, but relying on standard journalistic reportage techniques to deliver lively, insightful stories wouldn’t work. Readers wanted sharp, pithy observations that had gut appeal. I had to step up my game and try something new and daring if I wanted to make my mark as a columnist. I remembered Virginia’s advice, figuring that while I couldn’t write to Everybody, I could write to Somebody, a somebody who wanted to know a little about me, the writer.

Adopting a more conversational tone, I drew inspiration from old epistolary novels I’d read and loved over the years. They’d been influential in my attraction to column writing because they’d spoken directly to me, making me feel I was a personal friend of the writer as well as part of somebody’s story. I mean, who doesn’t like to feel they’ve been invited to listen in on a series of confidences and shared secrets not to be found anywhere else?  I learned to open a door to establishing an ongoing relationship with readers by inviting them into the story as I shared my own thoughts and emotions, opinions, hopes and dreams, desires and aspirations. It was the beginning of learning to write about feeling as well as fact.

By the time I moved to Santa Fe, New Mexico,  memoir writing had become big business. Everyone was doing it and books by Santa Fe writers Natalie Goldberg (Writing Down the Bones) and Julia Cameron (The Artist’s Way) were phenomenal bestsellers. I dusted off and reconfigured my journalistic skills and joined a memoir writing group with several lively, smart and talented women. The raw truth of Virginia’s wisdom about not leaving out the person the story is about, took on new relevance, as we ventured into unknown territory. Scared but emboldened, we practiced writing in our newly emerging writer’s voices…raw, honest, strong, clear and completely unique. Delving fearlessly into our past, we discovered we had both roots and wings, grounding and liberation.

I think it was Annie Dillard, the brilliant writer and memoirist, who said that to write about your past is to cannibalize your story. Once you’ve written it, you’ll never be the same. True. The women in that group, including me, poured out their hearts, listened intently to one another, passed tissues for mopping up tears and exchanged loving and sincerely encouraging words. A true alchemical process took place in that time and space, as we wrote stories that only a post-midlife woman, endowed with a burning desire to know how to experience fully her second life, could write. 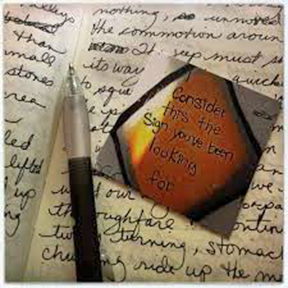 What I took away from that writing group has served me well to this day. You see, for most of my life I’ve been, as they say, a seeker of wisdom and truth. I could always be depended on to ask the big questions, and any heavy philosophical meanderings about the who, where, what, when, how and why of life and its larger meaning and purpose, were mine by rights. But in the course of meeting with the writers, something happened, just like Annie Dillard said it would. In writing that first memoir, I had learned how to shape and transform myself , finding and using my true writer’s voice by sharing my story.

Now, instead of harping on the constant (and sometimes really whiney) ‘”Why?” of yesteryear, I try to make a point of welcoming all the weird, inexplicable oddities and unexpected digressions and invitations life unfailingly presents. Uncertainty? Sit right down, let’s talk!  Risk? Bring it on! Move to Sedona at sixty-five? Sure! Write a book about it….mmmmm….Well, why not!?”

At the second half of life she moved to Sedona with her husband Louis Michalski. She met her muse anew, took up painting, became a yoga teacher and avid hiker and wrote “A Year in Sedona~Meeting the Muse at Wisdom’s Edge“,  available on Amazon.com or from the author. She can be contacted at
P.O. Box 1419   Sedona, AZ  86339 or  atwisdomsedge@gmail.com