“Mary, We call it Christmas!” 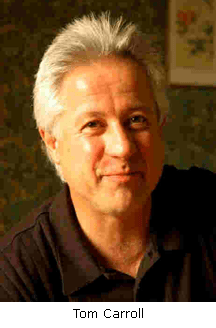 Christmas is coming. Already here, in a sense. Everyone that can is taking Monday off. Parties are in full swing and gifts are receiving last minute attention – wrapping, bows and ribbons. I have just one question.

“Mary… Did you know? Yes, it’s that line… from that song. But, did you? Did anyone have any idea what would flow from a questioned birth, a tumultuous life and the death of one young man?

I heard it – felt the literal truth of it. Unmistakably! “The King in coming, prepare yourself, The King is coming!”

It was nine thirty, closer to ten O’clock and I would have been surprised to get a call saying that anyone was on their way over. So, to hear a voice commanding me to prepare my home and myself for a regal visit was more than a little surprising. I’d had visionary experiences before. Even so, this one ran me right off my map!

An unseen person – an angel, call it what you wish – a masculine voice had spoken to me, telling me to clean the house and take a bath! Just to be clear, understand that I had already showered that day and my house-keeping skills are pretty good for a guy – really! But, no offense taken – over the years things like this had occurred – I knew that I should simply go with the flow. Even so, it sounded a little, no – very crazy. I was being summoned, not by a king – by The King!

But it had that ring – that special feeling. I knew I was being invited to step into the non-ordinary world. Experience had taught me that this was not the sort of invitation to be sniffed at or dismissed!

Mary, mother of Jesus – up until a certain moment, an otherwise ordinary person was visited by a messenger.

“And the angel came in unto her, and said, Hail, thou that art highly favored!”

Less dramatic than Mary’s, the message I had just received set me in motion. I changed the sheets – I didn’t know – Maybe it was going to be a sleep-over and you don’t expect company to sleep on your old sheets! Following the sheet thing I worked my way through more obvious chores. Shave and shower, straighten the counters, filling the dishwasher. Realizing that this was not enough I started it up on the fast cycle. After vacuuming the house I began to dust the most noticeable surfaces. No need to recount everything, but it’s ten at night and I’m busy and hurrying and doing all this stuff and them… again without warning, I knew I was done. Like flipping a light switch, one moment I’m in high gear and the next… done. Whatever was coming next, I knew I was ready.

With this “ready” feeling I went into my closet. That was where I usually prayed at the time – it was a big closet. That was where I could quiet down with a meditation, a centering prayer. Breathing deeply in a steady rhythm, the volume and “voltage” of my thoughts receded, making room for heart centered life to come on line. I had hardly begun when in a full on, eyes open vision – rather than looking at the contents of my closet, I found myself in another place – a much longer, narrow room, it’s arched ceiling supported by stone pillars, a double row colonnade.

It was a banquet hall designed for the longest of tables matched with carved wooden chairs. I’d been invited to dinner and now sat in this stunning room as a guest, waiting for the host to arrive. A theme had been established and persisted throughout the evening. This was a Heavenly, Festal Gathering. There were drums and exotic melodies and a procession of angelic personages, their feet finding support in the air above the table. Having accepted that I was watching angelic persons – I mean, really. It was the smallest of extra steps to accept that they were walking on air!

The hall was of Middle Eastern design with rows of tall stone columns converging as arches high above. Master works of stone lending their strength to support a single dome overhead. Tapestries, rich with embroidery covered the walls. I’ll never forget the light which fell like splinters – scintillating, glittery, luminous splinters, each dissolving, winking out just before reaching the table.

“And the angel said unto her, Fear not, Mary: for thou hast found favor with God.”

I ate nothing. Though the table was set with treasure and laid full of richness, to disturb so much beauty with a knife or fork would have required the appetite of someone dying of hunger…. or a king.

All the while, all around… the procession – the angels. In the air, words hung like musical notation on paper. Though I saw no one reciting them, I heard and knew their message. “The Great King is coming and all will be different!”

“Yet, in that difference we will know the fulfillment of things familiar – intuitions, long held hopes, the dreams of a lifetime.”

“Deep calls unto deep,” So says a passage of scripture. One had been calling. I recognized the voice.

“He is not a stranger. Upon His arrival, all will be different. All will be satisfied. The Great King is coming! Proceed with caution if you must. Proceed with wild joy if you will!”

Many had already joined the procession. I was invited, not just to join their dance – but to remember and to always hear them… as all these years later the heavenly procession is around us now. The Great King is coming! Late into the evening the music played. Without being repetitive, throughout the evening these same words were sung -repeated and sung again. “The King is coming and all will be different!” I marveled as I waited.

Morning lifted all away. The music, the lyrics, drums and dancers – all had dimmed. The vivid scenes that had played out in front of me faded from sight. Though having been so well entertained I could not help but feel confused.

Thinking of Mary in the days that followed her visitation. How must she have felt? Many are convinced that there was no supernatural visitation, no unearthly conception. But there was child. However you wish to argue it’s parentage, in the end how many children grown to adulthood, change the world so radically as this one?

What did this young woman know? Did she remember the prophets Issiah’s writing – his words?

“Therefore the Lord himself will give you a sign: The virgin will conceive and give birth to a son, and will call him Immanuel.”

Surely, she did. Young men dream of battles. Young girls dream of love. I would guess that every young woman in Judea had entertained the idea, the hope that she would give birth to the Messianic fulfillment.

Mary and Joseph called their son Jesus. Jesus grew in physical stature and reputation, just as Herod had feared. Mary may have been unsurprised by the beginning of the story but what about later. In spite of angelic assurance – the rest of the story – all that would happen came as a bitter surprise. Joseph died an early death as did his son. Mary was left with her memories and the world moved on.

From a firsthand perspective it would have been impossible to see it coming – the shift, the magnitude of the influence her son’s short life has had in the lives of all who came after. As the angel had said:

“He will be great and will be called the son of the Most High His Kingdom will never end!”Mary, did you remember these words? Did they help you through the dark days?”

Did the messengers words come to mind as she stood watching… as her son succumbed to a brutal death. She must have felt that those words had been a cruel joke.

Many years later I cleaned my house and waited through an amazing spectacle only to realize that The King was a no-show. I had been stood up! It was just a joke. Had I staged and played out this elaborate escapade myself – was I the victim of my own imagination? It had been – had looked and sounded so real! No matter. In the end I felt like a fool.

“Mary, My feelings were nothing compared to yours. I am so sorry for what happened to you – for how you must have felt. I can only hope that you saw through the veil.”

“Mary! Did you understand? Did you have the slightest idea while you stood watching and helpless on the awful day, that all the wonderful things spoken about your son were true… that the things he said are true?”

If she didn’t, who could blame her? The rest of us have had all these years to figure it out and still we feel stood up. We feel alone and abandoned. We feel…

“And Jesus said, “On that day you will realize that I am in my Father and you are in me, and I am in you.”

How to say this without dividing people – those who are comfortable with Christian scripture and those cleave to another faith or none at all?

“And the angel said unto her, Fear not!”

And I say to readers – remind readers, as I remind myself. The Kingdom of Heaven is within us! God is within! The work you and I do, large or small – celebrated or anonymous – is the work of the Father.

I’ve mentioned the tragic part of Jesus life and the traumatic feelings of his mother. But this is a Christmas story. This is the time when new birth is heralded – hope is in the air!

“Mary did you know? I suspect that you did. Even so, I know your heart was broken in later years. It’s the same with us – all who have followed you in life. In the face of all the challenges, it has never been easy to remember… ‘Weeping may last through the night, but joy comes with the morning!”

“Mary, It’s almost Christmas! We may have the dates all wrong, but it’s our custom – our time to remember you and Jesus in all newness and hope – just as you must have felt when the angelic messengers came and when that special child was born! Though this is not a tradition you knew – If you did know – if you do now – we know that you would be wishing us all a good Christmas! Thank you – we’ll do just that. We’ll have ourselves a Merry, Merry Christmas.”

Whatever your faith, whatever you choose to believe or ignore – join with others in the days to come. Take hope in hope. Extend love – as much as you would wish in return. Make someone’s days merry and bright. And if you’d like… have yourself a Merry Little Christmas too!