Cottonwood AZ (October 16, 2015) – On October 13, 2015, around 3 PM, 66-year-old William Neal Adkinson (hometown has not been confirmed), was involved in an accident near Forest Service Road 361, off of Hwy-260 in Cottonwood, Az.  He was operating a “Polaris Razor” as the only occupant and while attempting to pass another off-road vehicle, apparently lost control due to his speed. Adkinson drove onto a raised dirt shoulder then through a barbed wire fence and down a steep embankment. The vehicle appears to have rolled several times.  Adkinson was ejected and suffered numerous serious injuries. 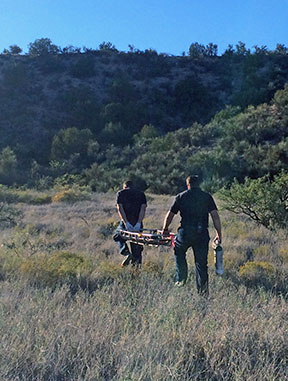 A nearby motorist stopped and found Adkinson lying face down on the embankment and bleeding severely. YCSO deputies arrived and rendered first aid in an attempt to stop the bleeding. EMS assessed Adkinson and determined he had broken several bones during the fall while suffering a deep laceration to his face. Further detail comes from the Verde Valley Fire District (VVFD) press release issued by Chief Nazih Hazime this morning:

(Abridged) – Upon arrival the VVFD crews found a 66 year old male approximately 50 feet down of a 100 foot steep cliff.  Close to the patient was his 4 wheel off road vehicle with heavy damage.  Crews had to engage in a technical rope rescue operation to reach the patient.  After the crews treated the patient for critical injuries, he was carried another 150 yards through rough terrain to a waiting helicopter.  He was transported to Flagstaff Medical Center where he later passed away.  The patient was not wearing a helmet and no seat belt.  The incident took a little over 2 hours.  The following  equipment was used to mitigate the incident; Trail Rescue 311, Support 311, Engine 311, Car 311, Ambulance 321. The incident was also supported by YCSO and Guardian Medical Helicopter. 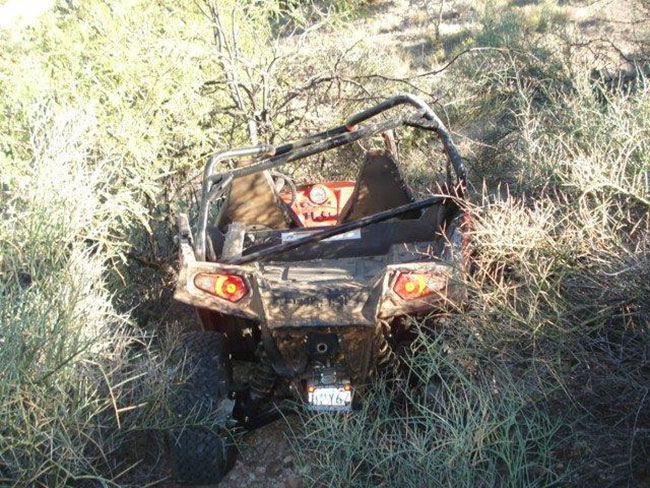 A reminder to our community – Always wear helmets, seat belts and be aware of your surroundings and speed while operating off road trail vehicles.