Sedona AZ (February 24, 2016) – The Sedona Heritage Museum is hosting the next in its Living History speaker series on Wednesday March 9 at 10:00 a.m. at the Museum. The topic will be “Once Upon a Creek in Cornville” with Cornville Historical Society members Judy Miller and Janet Cassagio.

The two speakers will bring their love of Cornville history to the audience via their presentation, including historic photos of the little town that had big plans from its earliest days. It will include a short introduction about the Cornville Historical Society, followed by a general history, as has been learned so far – and new information is still being discovered.

Starting in 1876, the Anglo first settlers arrived on Lower Oak Creek at about the same time as pioneers arrived in the upper part of the canyon. Many Sedona and Cornville families have long ties and shared heritage. 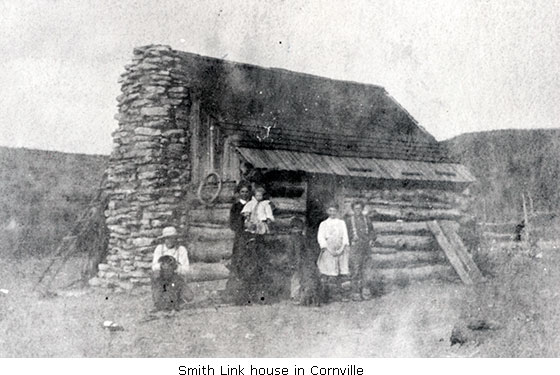 Every year, the Sedona Heritage Museum presents a series of Living History talks. Speakers include descendants of pioneers, long‑time residents with historical stories to share or other story‑tellers about history. The Museum is located at 735 Jordan Road in Jordan Historical Park in Uptown Sedona and is open daily 11:00 a.m. to 3:00 p.m. For more information, call 928‑282‑7038.