Letter to The Editor 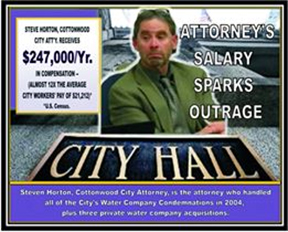 A good salary means different things to different people. Someone living in Manhattan with five kids in private school may have a different view of a good salary compared to a single person living in a rural area in Utah who only needs money for skiing. In 11,800 population Cottonwood, where about 25% of the taxpayers live in poverty and the per capita avg. income is about $21,000/yr , much lower than the U. S. average worker’s pay, a small city like Cottonwood in a rural area should pay its employees far less than a large metropolitan city with a large population. But that is not the case. To put it in perspective, if your salary is $247,000 a year, about 99 percent of people in the US make less than you, and 1 percent make more than you. http://researchmaniacs.com/…/Is-247000-dollars-a-year-a…

Letter to The Editor: Economy and climate are intertwined