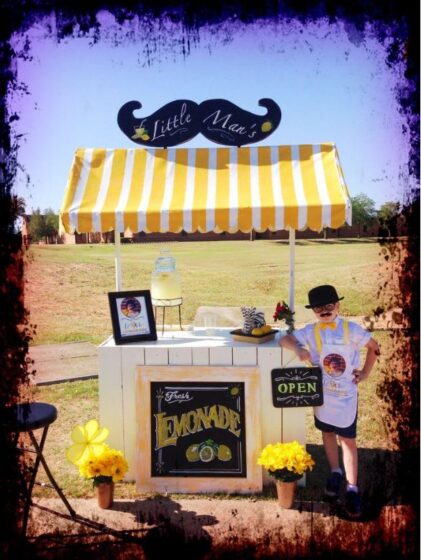 Thoughts create reality. They are a filter through which manifestation takes form, or so the story goes. I don’t know if I buy into that anymore. In fact, I think I don’t. I used to pay tribute to this new age belief, heralded by What the Bleep, Law of Attraction, and lots of high paid gurus. I even had some personal evidence, thoughts that I had practically watched manifest, some nearly instantaneously.

What I do know, or at least what seems to be accurate, is that they probably don’t create reality, but they do create our experience of reality.

I have been playing with this today, realizing that this idea is rather insidious … and its roots still operate a puckered-up lemonade stand in my mind, passing out bitter lemons without the sweetener.

Today, I noticed a thought breeze on by that was fairly typical, an ‘it’s not going to turn out well’ sort of thing. No need to tell you how often such thoughts present themselves for inspection. I’m guessing you already know. Today rather than calling it out, I decided to go into the heart of it and see if I could find the foundation upon which it forms, to knock the props out from under it, the props I gave it with my uncertainty, and see it for what it actually is.

I asked the question, “Why does my mind have such a negative bent?” and simply waited for the answer. The first word I heard was disappointment and then minefield. Mind lays out the field and sets the mines. They all have a common trigger — disappointments of the past, desire for something other than what happened or aversion to what actually did … either way the expectation of pleasure not pain gets bloodied, blown to bits. Stack them up over the years and they create a pattern of expectation only it’s no longer of pleasure, it’s of pain.

Mind tries to stay ahead of the game, to be at the head of the class, the first to raise its hand. That’s it’s job, to serve and protect but it doesn’t often read the job description with an eye to possibility. It mostly looks backwards. Rather than leaving open the possibility of things turning out well, it defends against what it sees as bad, the things that caused the little girl or boy to recoil in pain.

Seeing that I realized I must still have a mother lode of pain stored within. It gave me pause, opened my heart even further when I felt the truth that we all do.

I sat with that and let it unfold and found myself going back and back, names and events paraded by, one after the other, all the disappointments that were big enough to register. I can’t imagine how many little ones are piled up inside as well, small, seemingly innocuous stings – the looks without interpretation that left me empty of understanding, words that didn’t quite make sense but hung around creating doubt, the wounds – albeit bare scrapes – that set the ground of insufficiency, of lack.

It was a shamanic journey through the memory reserves of this life. Each name came with an intact picture of the disappointment. It was a long list with a few surprises, names I didn’t know would be included, events I had forgotten. As each name peeled through my body like a chapel bell on Sunday, I stopped and felt what I couldn’t feel at the time, that I was too innocent, too fragile, too unprepared for then.  It was intense and when it was done, I felt as if a million-pound weight had been lifted from my heart.

The minefield seems to be natural, a part of the play of light and shadow, desire and denial, or at the least an apparently organic aspect of being human. It is just as much a part of the actuality as the more blissful experiences. They are not lesser aspects of the whole. There are no lesser aspects. There is only the whole, there is only what is.

Fear sustains the lemonade stand, the fear that If thoughts create reality, then all the mines will explode, sending the shrapnel of loss and more disappointment sailing out into manifestation, and if they do indeed create, then the thoughts must be stopped, redirected, diminished somehow. Something must be done to change the course. Of course, with that idea operating behind the scenes, or out in the open, it is short easy step from there to, if I can control the thoughts, I can change reality. It hits on both ends of the stand – desire and aversion.

If the belief in thought’s tenacious ability to create didn’t exist, these well-meaning but misdirected thoughts would be like trains passing through the station, and as long as you didn’t buy a ticket and step on board, they would be here one minute and gone the next. Even so, even if you do grab a seat, they offer an exhilarating free ride, an excursion into the more intense, a bit more painful side of life. You can always step off. You don’t even need to wait for the next station.

What is thought? Is it part of the game, like perception and sensation? We tend to elevate it, give it power. So, whether it is true or not, whether they create reality or create our experience of reality, exploring them seems as good place as any to start. See what’s true for you. See what’s at the bottom, the founding father … or mother.