Sedona AZ (February 12, 2016) – At its January 5th 2016 Board meeting the Keep Sedona Beautiful (“KSB”) Board of Trustees elected officers and new trustees for the next 1-2 years. 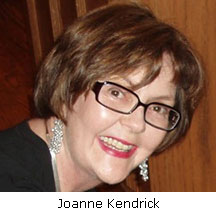 Joanne Kendrick joined KSB’s board in 2013.  She is an avid supporter of Dark Skies and is committed to preserving the beauty and wonder of the Greater Sedona Area.

Keep Sedona Beautiful, Inc. is a nonprofit organization that, by acting through the stewardship of its members and volunteers, is committed to protecting and sustaining the unique scenic beauty and natural environment of the Greater Sedona Area.  For more information about Keep Sedona Beautiful, please call 928.282.4938, or visit http://www.KeepSedonaBeautiful.org/.