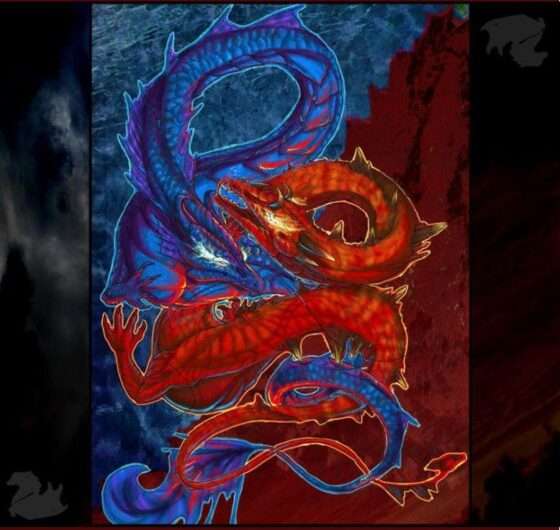 Bastards in one storyline; heroes in another, lost in the first; awakened in its inverse. Same person. Same event. As a friend used to say, same, same, just different. Irreconcilable to one who labels themselves or others, who believes in a self and others, at all. As soon as one comes into being, the other follows right on its heels.

It is the game here in 3D land, in this wonderland that is both delight and fright, joy and misery, bliss and abject sorrow. As long as identification remains, one cannot be without the other — can. not. be.

I was once asked a very important question by a Buddhist Llama. Her words: What if everyone is the Buddha, is already awake, and you are the last to get it? What if everyone is playing their role beautifully, is a Bodhisattva here to help you over the last bit of self, of judgement, of opinion still residing within?

As I thought about it, so many years ago, I realized that it didn’t matter if the ones I found so hard to love were consciously playing their role or not. It didn’t matter in the least whether they came into this manifestation aware of their role or simply donned the appropriate robes and slid down the chute of light into this life. They came and the role was filled., the role that rubbed me raw, that showed me the ones I could not love, the parts of me that I was willing to leave behind.

Can you imagine being This, being all that is, and taking on the role of a sleepwalker, of someone so wounded that they cut themselves off from love entirely? Can you imagine it? Can you imagine a love so big that those roles are simply filled because that is what’s required?

It’s so easy to forget when anger and fear rubs us raw, but we are all awake, all This. There is nothing but This playing all the roles, waking itself up.

I can’t imagine any greater love.