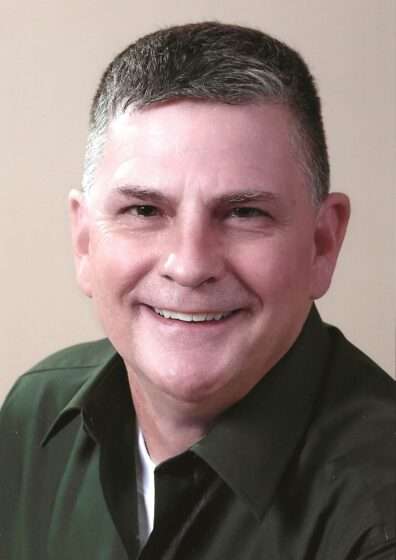 What office are you running for?

I am one of six candidates running for three available seats on Sedona City Council.

Why are you running?

After moving to Sedona a year ago, I was approached by multiple friends to present myself as a candidate that seeks to represent the best interests of Sedona residents who feel their voices are not being represented on the City Council.

How long have you lived in Sedona?

When did you decide to get involved politically?

After becoming aware of the tourism volume that Sedona experiences every year, I realized, very quickly, that all of the complaints that residents have had are merely the natural outcome – resulting from the poor management of Sedona’s Economic Policy.  As a new member of the Sedona community, I felt it incumbent upon me to either step-up, or step away.  I chose to step-up.

What do you believe are your qualifications for office?

Negotiating contracts that reflect the objectives of both the “vendor” and the “client” are my bread-and-butter!  I have extensive experience in the area of making sure that the interests of both parties are represented, to the satisfaction of both.

What have you accomplished in serving the community?

Other than serving the youth sports community as a youth soccer coach, youth baseball umpire and youth basketball referee… nothing of note.

What do you think is better? Electing people who have served for years in office, committees, etc.? Or electing a candidate that may be politically inexperienced but brings new ideas to the table?

It has been my experience that those who have served for years tend to view their own contributions as having more import than those who have not done so, to date.  Not having “served” does not disqualify one from “serving,” any more than “having served” somehow makes one more qualified for a continued role in public service.  Sometimes, “new blood” can introduce a counter influence to the “group-think” that can result from the constant echo-chamber created by a constant self-adulation of the like-minded.

What are the main challenges you see Sedona facing and how would you address them? Please include the issue of homelessness and panhandling at shopping centers, etc.

The only challenge facing Sedona at the moment is the crushing impact of a volume of tourism traffic that rivals Yellowstone Nation Park.  Sedona is a magnet for transients, who seek the environmental and “spiritual” appeal of the environment in and around Sedona.  “Help Wanted” signs in the windows of virtually every store in Sedona is indicative of the problem:  People want to “be” here, but don’t necessarily want to have to work and contribute, in order to be here.  I would not support any effort that would enable sustaining or increasing the population of non-contributing transients in Sedona.

Are Short Term Rentals (Airbnb type rentals) beneficial or detrimental to the community? Should they be licensed, limited or eliminated? As a member of the city council how would you address the issue?

Short-Term Rentals are detrimental to the Community of Sedona.  As of now, two-thirds of Sedona’s STR property owners are not Sedona residents (65% of STR owners are either Out-of-State entities, or Non-Sedona residents).  The State does allow the City to regulate STR ownership/operation to any meaningful extent.  This needs to change.  Lobbying the AZ State Legislature will take time, and the building of a massive coalition of bipartisan support… which I will undertake to create.

Would you rather have less Airbnb’s and more hotels? Or vice-versa?

Do you support the city’s current SIM (Sedona in Motion) initiatives and plans for infrastructure improvements? Why or why not?

I support infrastructure improvements with a benefit that targets residents’ quality of life in Sedona, but I oppose any efforts designed specifically to accommodate the current – or projected increased – level of tourism in Sedona.

What should the city do to address the issue of affordable housing, especially for people working in businesses in Sedona?

What is the role of the Chamber of Commerce and Tourism Bureau in the community?

The Chamber of Commerce is (and should be) focused on the vitality of the businesses operating in Sedona that choose to become members of the Chamber; and it should have a very limited role in determining what is best for the community of Sedona, and – consequently – should receive no public funding, whatsoever.

Sedona’s economy is primarily based on tourism. How should it be managed to benefit both residents and visitors?

“Residents first” should be the North Star that guides the City Council, City Management and Mayor’s Office.  Surrendering to the mantra that “tourism” is the Holy Grail of Sedona is a surrendering to “someone’s” idea of what Sedona needs.

The truth is that every community develops its own economy, and we are limited only by what we think is possible.

Do you support the city’s Sustainable Tourism Plan? Why or why not?

Do you support the city’s Climate Action Plan? Why or why not?

Sedona’s “Climate Action Plan” is aspirational.  Sedona has bigger problems to address, at the moment.  Until we get the bigger issues facing Sedona under control, I will not support Sedona’s CAP.

Do you oppose or support voter approval of the Alternative Limitation Expenditure (Home Rule) which is also on the ballot for renewal August 2nd. Why or why not?

I encourage a “No” vote on Home Rule.  I want to reserve the right of Sedona Residents to determine how revenues captured in Sedona are spent in Sedona – in Sedona’s best interests.

As I understand it, enable the City to cancel current contracts (including the contract with the Chamber of Commerce), which will give more control back to the residents of Sedona.

There are a few parcels of land remaining in Sedona suited for a high-end resorts and/or hotels. Do you believe the city should oppose any being built, or, permit them to be built with limitations on size, design, etc.?

Future development should be subject to the constraints of a long-term vision for Sedona, guided by the City Council/Voice-of-the-Community policy decisions.  Development should be a collaboration between those who wish to invest, and those (residents) whose interests will be impacted.

Where do you see Sedona and the Verde Valley ten years from now?