HERITAGE – A Review and Commentary 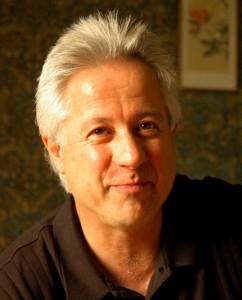 HERITAGE – An Award Winning, Cinematic Short – Written and Directed by Davy McCall
A Review and Commentary.

It’s short – short like a knife. Yet, seventeen minutes tell the story of countless generations. The story of a family divided by their misdeeds. One family – now two distinct cultures, and still together – bound to each other by conflict. In seventeen minutes, Heritage tells the story of two men – each driven to violence by acts of violence. McCall uses a mixture of his characters individual experience and collective, cultural history of loss to bring two men and the audience to a startling realization – one that changes everything. It’s an understanding that could reconcile bitter enemies. However, this realization is fragile, easily subverted by anyone with anything to gain from violence – those who hide themselves and silence their enemies with guns and knives.
Seventeen minutes, but time is forgotten. Viewers are intimate witnesses. Death is very close. Two young men – one an Israeli soldier, the other an Arab, christened, “Palestinian,” by a frustrated Roman Emperor and the violence of politics. Captives of histories oldest blood feud, both men were led to this fight by people neither knows and politics nobody fully understands. A pistol in a hand. A knife-like shard of glass pressed to a throat. The fight and the camera are close, like lovers. Now its just fear-jacked, muscle and bone, gun barrel and blade. Nobody wins.

I contacted Davy McCall, explaining that I wanted to write this piece – asking for access to a copy of Heritage. It arrived along with a second video documentary and an apology. Speaking of his documentary, A Glimpse of Palestine, He writes, “When I was shooting on the Israeli side, almost every Jew/Israeli refused to be recorded, which only enabled me to portray Palestinian perspectives.” {Paraphrased}. “I get it,” I replied. “Israeli’s aren’t inclined to talk to strangers!” The Jewish soul draws in, excluding Gentiles – particularly journalists! Should we be surprised? Consider their memory of expulsions, forced conversions and the mother of all cultural wounds – the holocaust. Experience has rendered them near impenetrable, Israeli’s do not tell their story well – often, not at all.

By comparison, Arabs are eager to tell all. Ishmael wants to tell mom how Isaac has been favored, and he, Ishmael, ignored by Father Abraham – the same Abraham we read about in Genesis. Haggar is just as bitter and determined to tell the world of her unjust treatment at the hand of Sarah! Difficult as their history may be – this is the hope we glimpse in Heritage. Arab and Jew are brothers.

Will we see reconciliation? Not if the guys who cover their faces to commit murder have their way. However, from another perspective we see that Radical Islamist behaviors are developmentally determined rather than doctrinally driven. The Arab/Muslim world is ripe for change – ready to “grow up.” According to author, Steve McIntosh, “The majority of peaceful Muslims who love their religion may very well be persuaded to come up with a more modernist, friendly version if they were assured that secularism was not going to be the end result.”

The Christian reformation preceded the Age of Enlightenment. Islam needs its own reformation. As this unfolds, Muslims can be expected to reinterpret the Koran from comparatively, more mature perspectives. It’s happened before, as Christendom no longer reads biblical calls to violence literally. It can happen again.

Islam’s intense focus on obedience has slowed its development. However – in the end, this emphasis on surrender shows us all, our next step – the transcendent step we must take – but willingly. At this stage the individual ego is recognized as necessary but no longer the whole of personal identity. This is our hope. A “bright light” on humanities horizon. Radical fundamentalism cannot survive in the light.

The result of reaching this “next stage” is the realization of Mankind’s highest ideal – universal equality. Here, Diversity is transcended in favor of Unity! The Family of Man is united – willingly so, by a powerful, shared ideal. This, compared to the threat of totalitarian expropriation of freedom and individualism.

Weeping may endure for a night. But joy comes with the morning. Borrowing words from a friend, “Our angst is our liberation.” This is our hope. This is our Heritage.

Readers are encouraged to comment on this article before you leave!