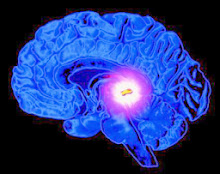 Phoenix AZ (April 3, 2014) – The pineal gland is a small, pine cone-shaped gland variously reported to be about the size of a grain of rice or a pea, and located in the center of the human brain between the two hemispheres, above and behind the pituitary gland.

It is also referred to as the pineal body, epiphysis cerebri, epiphysis and “third eye.” The name “pineal” is derived from the root word “pinea,” Latin for “pine cone.”

From ancient human history to modern scientific research, the pineal gland is linked with human consciousness and special awareness and perception. It has been explored as part of various spiritual traditions throughout human history.

René Descartes, the French philosopher (1596-1650), called the gland “the seat of the soul” and referenced it in some of his writings.
The gland contains photoreceptor cells and tissue, rods and cones, like those in the eye. And, reportedly, like the eye, it is connected to the brain’s visual cortex.
INNER VISION
The pineal is involved in the production the hormone melatonin, a chemical that responds to, and regulates our responses to light and darkness, the seasons and sleep patterns. The gland is also associated with the production of the important neurotransmitter serotonin.
Other species of animals also have a parallel gland. The pinealcontains magnetite, the magnetic material found in birds and other animals that is believed to be associated with navigation. The pineal appears to be possibly or partially inactive or dormant in other species too, like it is in many or most humans.
The so-called “opening of the third eye,” or increased activation of the pineal, is associated with an alleged neurological phenomena often called “the rising of the kundalini” in the Hindu tradition.
This process is suspected to be the manifestation of some type of cohesive energy that integrates and rises within and around the spinal cord, and in the brain and human consciousness. It apparently involves some type of sub-neurological quantum energy.
Medical researcher Rick Strassman, MD, of the University of New Mexico, has conducted research suggesting to him that the pineal gland may be associated with the neurotransmitter dimethyltryptamine (DMT), nicknamed “the spirit molecule.” The pineal is also associated with other neurotransmitter chemicals linked to certain types and levels of consciousness.
In addition, the gland is believed to be connected with aging. The pineal goes through phases of transition in childhood, puberty and adult aging. The pineal may become less active as we age.

The accumulation of certain chemicals in the body and other factors in our modern environment might also play a role in diminishing the healthy functioning of the gland, some researchers claim. However, there are theories about how healthy activity of the pineal gland can be restored.

HEALTHY FUNCTIONING
Various forms of meditation, Yoga, health practices and other innovative approaches are reported to help activate the pineal gland.Many people believe that these kinds of activities assisting with the stimulation of the pineal help people perceive and tap into spiritual and quantum dimensions and realities. General psychological, emotional and physical health might also be improved.
During the opening of the third eye a number of cascading physiological, neurological, biochemical, psychological and emotional effects may occur, according to some researchers.
The process may occur sporadically and intermittently, and it may have components that are disorienting, confusing or even upsetting to the person experiencing them.
At the same time, many of these effects may be quite pleasant or even blissful, giving the experiencer the feeling of connectedness and wholeness with larger spiritual realities that can reportedly be very comforting and insightful.
What each of us has become accustomed to as our “normal” consciousness might be changed in significant ways by the activation of the pineal gland and the kundalini process.
If increased healthy activity of the pineal gland were to occur within the human population at a more robust rate and scope, and effective perception of spiritual and quantum realities also increased as a result, human evolution could take a leap forward.
Such a development might be helpful in getting us to, and past an important tipping point in the development of our species.