Film Festival presents ‘The Hollars’ and
‘Come What May’ Oct. 14-19

Sedona AZ (October 5, 2016) – The Sedona International Film Festival is proud to present the Northern Arizona premieres of the critically-acclaimed new films “The Hollars” and “Come What May” showing Oct. 14-19 at the Mary D. Fisher Theatre.

John Hollar — a struggling NYC artist — is forced to navigate the small middle-American town he left behind when news of his mother’s illness brings him home. Back in the house he grew up in, John is immediately swept up in the problems of his dysfunctional family, high school rival, and an over-eager ex-girlfriend as he faces impending fatherhood with his girlfriend in New York. 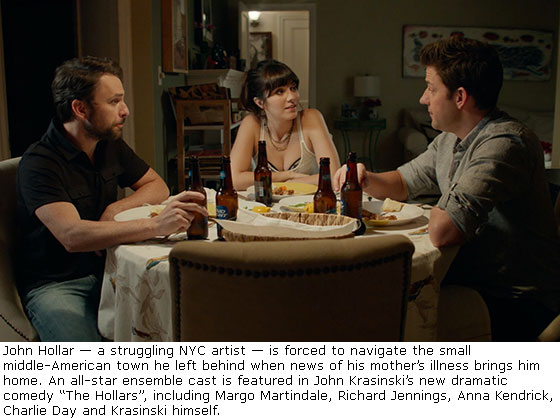 From a script by Jim Strouse that is at turns hilarious and heartbreaking, John Krasinski’s second feature is a poignant look at the bonds of family and friendship.

“My sincere hope for this film — and the reason I am so drawn to this kind of human story — is that it will resonate differently with every person who sees it,” said Krasinski. “Whatever your background or experience, big family or small, the family you were born into or the one you’ve created, ‘The Hollars’ can be at once universal in its themes and uniquely personal in its heart and sense of humor.”

“Fiercely funny. Margo Martindale’s hilarious and heartbreaking performance is proof positive that she’s one of the best actors on the planet.” — Peter Travers, Rolling Stone Magazine

“One of the best ensemble casts of the year. Characters about whom you really care!” — Jeffrey Lyons, Lyons Den Radio/WCBS Radio

May 1940. Millions abandon all they have. A father searches for his son.

To escape the imminent German invasion, the inhabitants of a small village in northern France flee their homes, like so many millions of their compatriots. Max, a German boy, travels with them. His father, Hans (August Diehl), opposed the Nazi regime and was imprisoned in Arras for having lied about his nationality. Hans is eventually set free and sets off to find his son, accompanied by a Scottish soldier (Matthew Rhys) who is trying to get back home. 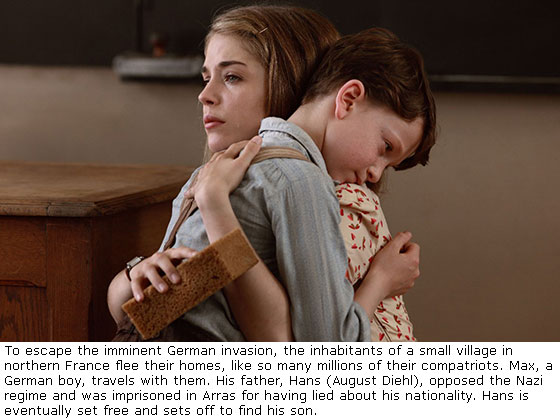 “Come What May” is Christian Carion’s fourth film, largely based on his mother’s memories of the French Exodus of May 1940. Back then, eight million people left their lives behind to flee the advancing Nazi war machine and to try and make a life for themselves elsewhere.

“Beautiful, poignant and illuminating. You can’t help being caught up in the heroism and humanity.” — Rex Reed, New York Observer

“One of the finest, most poignant movies of this or any other year.” — Jeffrey Lyons, Lyons Den Radio/WCBS Radio