Filmmakers will be in Sedona to host film premiere and Q&A at Fisher Theatre; meet the rescue wolf cubs in special presentation

Sedona AZ (April 6, 2017) – The Sedona International Film Festival is proud to present three films in celebration of Sedona Wolf Week on Thursday and Friday, April 20 and 21 at the Mary D. Fisher Theatre. The event will include the Sedona premieres of “Living With Wolves” and “Gray Area” on Thursday, and the encore return of “Medicine of the Wolf” for two screenings on Friday.  The event will feature a special appearance by wolf pups (Thor, Loki, Kona and Taboo) along with Apex Protection Project founders Paula Ficara and Steve Wastell.

The Sedona International Film Festival presents a free screening of “Living With Wolves” as the kick-off event for Sedona Wolf Week. The film is narrated by Liev Schreiber.

Wolves have been characterized as ruthless animals with no characteristics other than the lust for blood. Determined to break this misconception, documentary filmmakers Jim and Jaime Dutcher spent six years living with an untamed pack of them in the wilderness of Idaho. 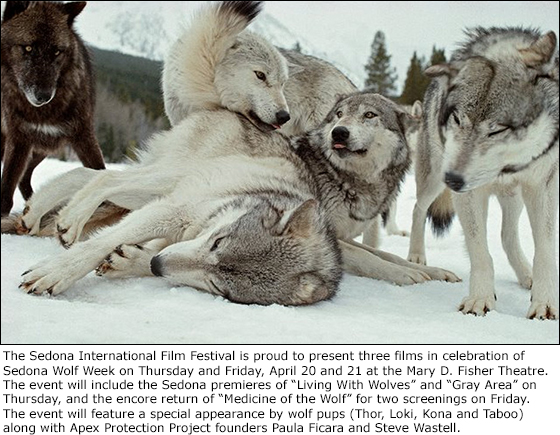 Wolves are indeed predators capable of tearing a man to pieces but as the Dutchers gain the trust of the pack they somewhat become a part of it and are allowed to see the intimate traits of these extremely intelligent animals.

A wolf documentary that breaks all boundaries and reveals the details of life in a wolf pack, “Living With Wolves” is a heartwarming film between human and predator. Stunning cinematography will give you a new perception of this iconic animal.

The Dutchers are offering this movie for free admission as it is their goal to generate awareness of and educate people on the true nature of wolves.

The premiere screening of “Gray Area” will feature a special introduction and Q&A with filmmaker Alan Lacy.

In the American Southwest, a unique species of wolf unlike any other is making a comeback. Considered extinct nearly 40 years ago, the little known Mexican gray wolf has slowly pulled back from the very brink — against all odds. 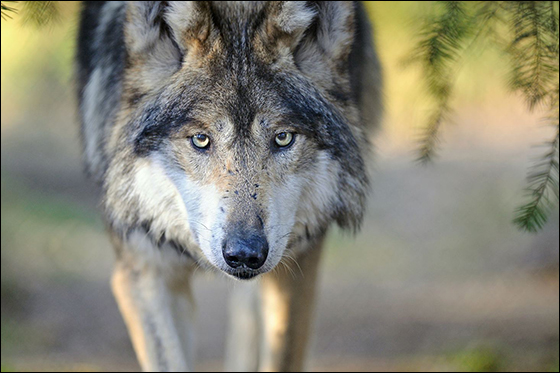 From a founding population of just seven animals, this species has slowly grown to a current wild population of approximately 100, only to face a new threat from within: its own genetics. As part of a bold recovery mission, one lone wolf is given a chance to offer new hope for the survival of her species.

In telling this story, narrated by Chris Morgan, “Gray Area” explores whether there can be a balanced and sustainable future where ranchers, conservationists, locals, and biologists alike can coexist with this apex predator.

For first-time filmmaker Lacy, the vision of the film was to present all sides of the issue and what the future may hold for this wolf species.

MEDICINE OF THE WOLF
Encore screenings with wolf pups in attendance
Friday, April 21 at 4 and 7 pm

“Medicine of the Wolf” is back by popular demand for Sedona Wolf Week after sold-out screenings last spring. The event will feature a special appearance by wolf pups (Thor, Loki, Kona and Taboo) along with Apex Protection Project founders Paula Ficara and Steve Wastell.

In this beautiful and important documentary, filmmaker Julia Huffman travels to Minnesota and into wolf country to pursue the deep intrinsic value of brother wolf and our forgotten promise to him. 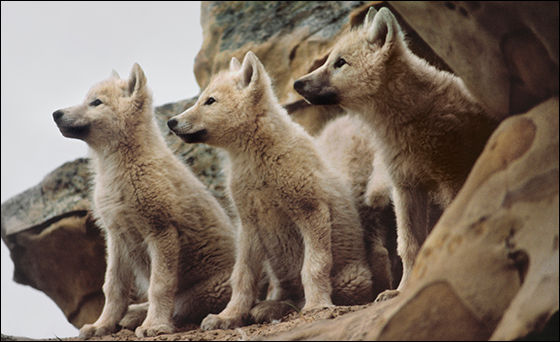 “Medicine of the Wolf” will take viewers on a journey to understand the powerful relationship that we have with the wolf by interviewing prominent people who represent the different levels of connection to this ancient and iconic species — from Ojibwe creation stories that reflect our interconnectivity to all things, to a lifetime of observations of a complex and dynamic family unit, to a wolf scientist expressing his layered findings in an over 50 year study of the delicate web that wolves weave into our ecosystem.

“Medicine of the Wolf” centers on the remarkable, world-renowned environmentalist and National Geographic photographer Jim Brandenburg, who has photographed, studied and been on the ground with wolves for 45 years — longer than anyone in history. As our guide, Brandenburg enables us to see the world of the wolf as we have never seen it before. The film also has a crucial message for us: The gray wolf must be preserved on the endangered species list.

Apex Protection Project, and wolf pups Thor, Loki, Kona and Taboo will be in the theater for a short presentation and Q & A following both screenings.

All screenings will take place at the Mary D. Fisher Theatre on Thursday and Friday, April 20 and 21. Tickets are free for “Living With Wolves” and $12, or $9 for Film Festival members for “Gray Area” and “Medicine of the Wolf”. For tickets and more information, please call 928-282-1177. Both the theatre and film festival office are located at 2030 W. Hwy. 89A, in West Sedona. For more information, visit: www.SedonaFilmFestival.org.