Filmmakers, the subject of the film and musicians will be in attendance for special premiere

Sedona AZ (January 28, 2016) – The Sedona International Film Festival is proud to present the premiere of “Sammy: The Journey” on Monday, Feb. 8 at 4 and 7 p.m. at the Mary D. Fisher Theatre. The special premiere will feature special guests from the film, including the subject of the film (Sam Harris) and the producers (Eric Cosh and Ellen Palestrant), as well as a concert by local musicians Lyra (Maryanne Kremer-Ames and Allen Ames), who composed the theme song of the movie.

This special event will kick off festival month for the Sedona International Film Festival.

Every now and then, we encounter an individual who will affect our lives profoundly and forever. This person is Sam Harris, the “Sammy” of the movie: “Sammy: The Journey”.

The film tells the story of one of the youngest survivors of the Holocaust who hid in two concentration camps from the ages of seven to nine-and-a-half, because, if found, he would have been killed. Despite enduring a childhood filled with cruelty, sadism and horror, Sam chose to lead a life of positivity, generosity and optimism. He did not focus on negativity and blame; instead, he turned towards the light and, as a result, he continues to brighten the lives of all in his presence.

Whether you meet him in person or in this movie, he will impact your life forever. How amazing that a person who had suffered so much could emerge as an inspirational role model with so much to offer the world — someone from whom we all can learn! 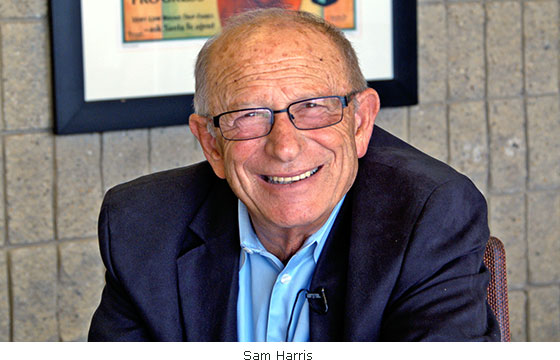 Sam Harris is an example of how an individual can endure the most horrific of circumstances as a child and then triumphantly engage in a life filled with love, joy, positivity and purpose. Sam not only survived, but he thrived. Watching “Sammy: The Journey” is indeed a life-transforming experience. The film will, undoubtedly, inspire others to transcend the difficulties they experience.

Meet Sam Harris at this special one-night premiere of “Sammy: The Journey”. He and the film’s producers — Eric Cosh and Ellen Palestrant — will be in Sedona to present the film and host a Q&A after both screenings. Harris is the visionary behind the building of the Illinois Holocaust Museum and Learning Center and currently President Emeritus. 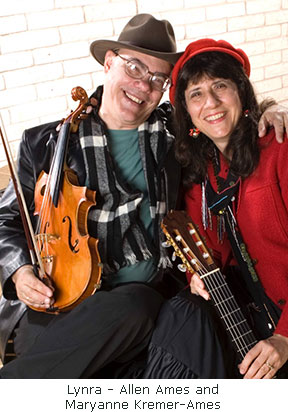 The evening will also include a special concert by local musicians Lyra — Maryanne Kremer-Ames (who composed the theme music of the film “Sammy’s Song”) and Allen Ames.  The two formed Lyra in 1987. Since then, Lyra has been featured on television and radio broadcasts, performed and recorded with the Phoenix Symphony Orchestra on its award-winning CD, Music from the Magnificent Seven, and played with Dave Brubeck in his Fiesta de la Posada Christmas Cantata. Lyra has performed concerts and residencies for the Arizona Commission on the Arts and was featured for fifteen years at the Noches de las Luminarias at the Phoenix Botanical Garden.

This is sure to be an unforgettable evening of inspiration not to be missed!

“Sammy: The Journey” will be shown at the Mary D. Fisher Theatre on Monday, Feb. 8 at 4 and 7 p.m. Tickets are $12, or $9 for Film Festival members. For tickets and more information, please call 928-282-1177. Both the theatre and film festival office are located at 2030 W. Hwy. 89A, in West Sedona. For more information, visit: www.SedonaFilmFestival.org.