Sedona AZ (January 21, 2016) – The Sedona International Film Festival is proud to present the Northern Arizona premieres of The 2016 Oscar Shorts Programs Jan. 29-Feb. 4 at the Mary D. Fisher Theatre. Now an annual film festival tradition, Sedona audiences will be able to see all of the short films nominated for Academy Awards before the Oscar telecast in late February. Both the Live Action Short Film nominees and the Animated Short Film nominees will be featured. (Short documentaries will be offered later in February.)

The Oscar-nominated Live Action Shorts Program will include: 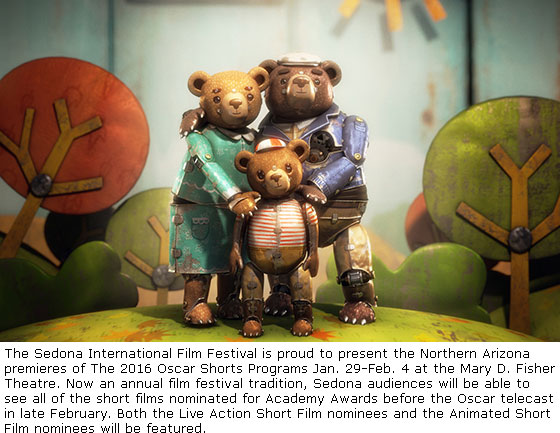 The Oscar-nominated Animated Shorts Program will include: