Special encore in observation of the 25th anniversary of John Denver’s passing; Meet his longtime composer and conductor along with the director and producer
October 4, 2022No Comments
Facebook Twitter Pinterest LinkedIn Email Reddit WhatsApp 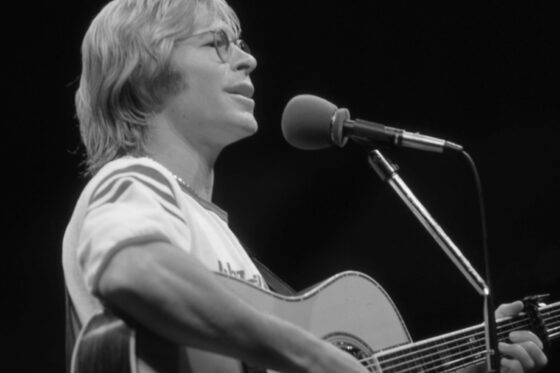 In “Great Voices Sing John Denver”, the world’s greatest opera singers pay homage to his work with such songs as Leaving on a Jet Plane, Sunshine on my Shoulders, This Old Guitar, Calypso and Annie’s Song. They explain what drew them to Denver and to the particular songs they perform.
Share
Facebook Twitter LinkedIn Pinterest Email Reddit WhatsApp

Sedona News – A beloved festival favorite returns to Sedona on Wednesday, Oct. 12 when the Sedona International Film Festival hosts the big screen encore of “Great Voices Sing John Denver”. There will be two shows at 4 and 7 p.m. at the Mary D. Fisher Theatre.

This special event is in observance and recognition of the 25th anniversary of John Denver’s untimely passing. This evening will honor his musical legacy and the songs that became the soundtrack of several generations.

Lee Holdridge — John Denver’s longtime arranger, composer and conductor — will be in Sedona to host the screenings, along with the film’s director, Kenneth Shapiro, and producer Elisa Holdridge. The trio will conduct a Q&A following both screenings.

John Denver and opera fans alike have something to look forward to as we go behind the scenes of the creation of the CD called “Great Voices Sing John Denver”.

Legendary music producer, Milton Okun along with arranger and conductor Lee Holdridge, bring some of the most famous names in opera to sing John Denver’s famous hit songs.

John Denver, one of the world’s best known and best-loved performers, died tragically in a plane crash in October 1997. But his music lives on. In “Great Voices Sing John Denver”, the world’s greatest opera singers pay homage to his work with such songs as Leaving on a Jet Plane, Sunshine on my Shoulders, This Old Guitar, Calypso and Annie’s Song. They explain what drew them to Denver and to the particular songs they perform.

The film shows that there are no barriers, neither by country, nor by style when it comes to this memorable music.

Plácido Domingo sings “Perhaps Love” in a duet with his son Plácido Domingo Jr. He sang it originally more than 30 years ago with John Denver himself. “Rerecording this song with my son takes me back to a wonderful moment in my life,” he says.

The idea for this collaborative effort came from Rosemary, the wife of music producer Milton Okun. It was a happy joining of his two professional loves: John Denver — whom he represented for 40 years — and his work and friendship with the world’s great opera singers.

“Great Voices Sing John Denver” will be shown at the Mary D. Fisher Theatre on one day only: Wednesday, Oct. 12 at 4 and 7 p.m. followed by a Q&A after both screenings. Tickets are $12 general admission; $9 for film festival members. Tickets are available in advance at the Sedona International Film Festival office or by calling 928-282-1177 or online at www.SedonaFilmFestival.org. Both the theatre and film festival office are located at 2030 W. Hwy. 89A, in West Sedona.