‘The Seagull’ Flies In Sedona Nov. 13 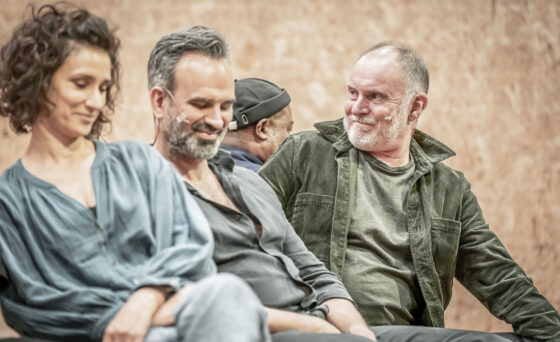 Sedona News – The National Theatre of London continues its new season with its acclaimed new production of “The Seagull” showing in Sedona on Sunday, Nov. 13 at 3 p.m. The Sedona International Film Festival hosts the big screen premiere at its Alice Gill-Sheldon Theatre.

Emilia Clarke (Game of Thrones) makes her West End debut in this 21st century retelling of Anton Chekhov’s tale of love and loneliness.

A young woman is desperate for fame and a way out. A young man is pining after the woman of his dreams. A successful writer longs for a sense of achievement. An actress wants to fight the changing of the times. In an isolated home in the countryside, dreams lie in tatters, hopes are dashed, and hearts broken. With nowhere left to turn, the only option is to turn on each other.

“Emilia Clarke is irresistible in Jamie Lloyd’s ultra-stripped back take on Chekhov’s masterpiece.” — Time Out

“Brave, compelling and powerful. A maverick show that proves how daring a revival can be.” — Guardian

“The Seagull” will be shown at the Alice Gill-Sheldon Theatre on Sunday, Nov. 13 at 3:00 p.m. Tickets are $15, or $12.50 for Film Festival members. Tickets are available in advance at the Sedona International Film Festival office or by calling 928-282-1177 or online at www.SedonaFilmFestival.org. Both the theatre and film festival office are located at 2030 W. Hwy. 89A, in West Sedona.