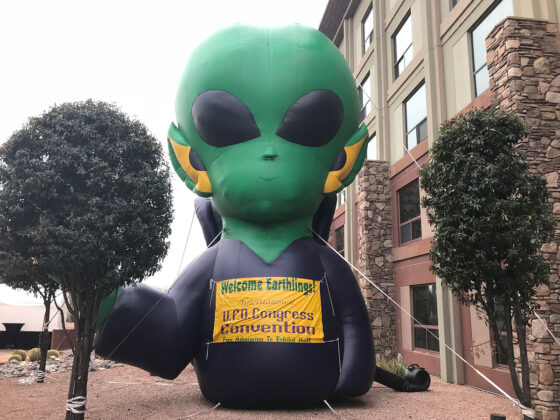 Sedona News – Arizona is home to two of the most famous UFO cases in history, and experts, including the primary witness of one of those events, will be sharing information at the 2022 International UFO Congress in Mesa, Wednesday, October 12, 2022 to Sunday, October 16, 2022. 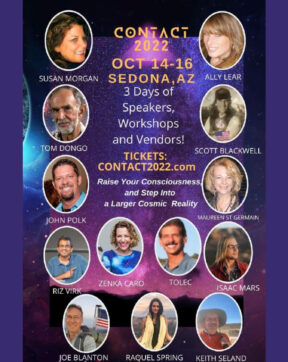 Beginning the night of November 5, 1975, former logger Travis Walton’s experience has become the most famous and perhaps most credible account of a UFO and possible alien encounter in history. The case is especially compelling because several of Walton’s fellow loggers witnessed the event.

The loggers claimed they had all piled into a truck after they had finished working and, on their way home, spotted a light in the forest. They decided to investigate, suspecting the light was a forest fire. However, they found the light emanating from a strange object hovering above a clearing near the top of a hill.

The men allege that the object was disc-shaped with a smooth, mirror-like, metal exterior. As they watched the object in awe, Walton jumped out of the truck to get a closer look. Walton says he crept up near the thing, but after a moment, it dawned on him that this was probably not a good idea. However, when he stood up to return to the truck, he was hit with some sort of force from the craft and flew several feet back. Frightened and assuming Walton to be dead, the rest of the crew raced away in the truck. After they felt they had reached a safe distance, the team decided to go back and check on Walton, but when they got back, Walton was gone.

After an extensive search, Walton’s co-workers then became the primary suspects. Fortunately for them, Walton showed up five days later, dazed and confused. He claims he regained consciousness along the side of the road and watched a UFO above him fly off into the night sky. He later recalled a little of what happened to him during those five days, and, of course, it involved aliens. Walton will be sharing his experience, answering questions, and available for a book signing during the conference.

Another special guest will be Arizona’s primary UFO specialist, Stacey Wright. She is the director of the Arizona chapter of the Mutual UFO Network (MUFON). MUFON is the largest civilian UFO investigation organization, and Arizona has one of the most active chapters. They hold monthly meetings at the Arizona Historical Society in which they bring in experts from around the country to share UFO research.

However, this time, Wright will be doing the sharing. Having run this chapter for many years, Wright has met many witnesses to the Phoenix Lights event. She also helped design a display for the AZ Historical Society Museum. Wright will share stories from witnesses and the latest findings on what she calls the “Arizona 1997 Massive UFO Flyover.”

Often referred to as “The Phoenix Lights,” this event entailed a series of UFO sightings on March 13, 1997. Over 1000 witnesses reportedly came forward, including former Arizona Governor Fife Symington and actor Kurt Russell.

Dr. Lynne D. Kitei, who produced a DVD and authored a book on the Phoenix Lights, will also be holding a workshop on Sunday, October 16, 2022.

These are three of the many UFO experts and experiencers who will share their latest findings, including their views on the Pentagon and U.S. Congress’ newfound interest in UAPs.