Verde Valley AZ (July 6, 2016) – The case shared below should serve as an example to parents and guardians that monitoring the social media activities of your children at any age is CRITICAL. Never assume things are ok without checking social media accounts unannounced and talking with your child/teen about cyber safety. Law Enforcement has seen numerous cases like this around the country and many result in tragedy when the stalker arranges personal contact with his victims. As in this case, young victims will often hide the relationship with stalkers either out of fear of the suspect or to avoid discovery and punishment by parents. Encourage children to report online contact with ANYONE they do not know and that any curiosity with such persons can be dangerous.

An excellent resource guide provided by the Arizona Attorney General’s Office is available for download at www.ycsoaz.gov in the News and Events section on the home page. Please take the time to review the information and share with those you care about.

*** This case began in late 2011 and involved a 12-year-old female victim residing on the east coast. On one occasion the victim used a website that allowed her to sing via a live web cam and perform for an online audience. A man, eventually identified as Ronald Marvin Brock from Wilhoit, Arizona, was on the live feed and began communicating with the victim via private online messaging. Brock is currently 40-years-old and was 35-years-old when the contact was initiated although he told her he was 28-years-old. In early 2012, the victim provided phone contact numbers to the suspect and they began to exchange text messages, including photos. Brock soon demanded nude photos of the victim and told her if she did not comply, he would travel to her residence and hurt her family. Out of fear, she sent nude photos to Brock. The two also ‘friended’ each other on Face Book. 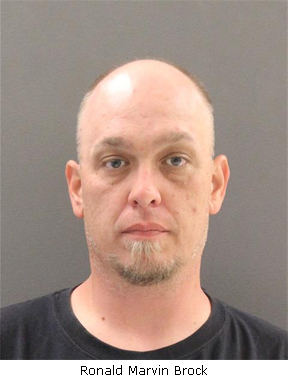 Authorities in the victim’s home state maintained the primary lead in the investigation conducting interviews and gathering evidence from victim’s various electronic devices. Throughout 2013 and early 2014, detectives from the victim’s home state maintained contact with YCSO detectives and shared updates and evidence from the investigation. An attempt to locate Brock in 2014 at a home in Wilhoit was not successful.  In 2015, YCSO began an active investigation working with the originating police agency. YCSO detectives determined evidence of Brock’s involvement with the victim would likely be located at his home. Once his address was verified, detectives obtained a search warrant and on June 21, 2016, the warrant was served and Brock was arrested.

Brock told YCSO detectives he avoided further contact with the victim after being contacted by law enforcement in her home state. Brock admitted setting up a fictitious Face Book page using the victim’s identity and posting provocative pictures of her because he was angry with her behavior.

Brock has been charged with Continuous Sexual Abuse of a Child and remains in custody on a 1 million dollar bond.