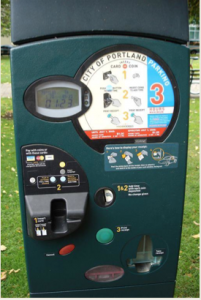 staff to move forward with plans to install parking meters in Uptown Sedona.

Despite the impassioned pleas of Uptown business owners, who came to the meeting hoping the council would consider their concerns that the meters would destroy their businesses, the council went ahead with the plan to install meters for 101 spaces in the embattled Uptown Sedona corridor, directing staff to seek proposals from venders for the installation.

Over the years Uptown Sedona businesses have suffered one blow after another with construction, road repairs and other disruptions to their businesses including the ticketing of tour buses that rarely stop in Uptown anymore due to the ticketing.

After waiting for more than four hours to be heard, Uptown business owners testified during the public comment section of the meeting that putting in the meters would not only give competitors an unfair advantage but would drive away tourists to other locations in Sedona that have free parking.

The new meters only accept credit cards and can be accessed via smart phones. The merchants said that will create confusion for the average 50-year old or older visitor, who is not technologically savvy.

The merchants said visitors will go somewhere else once they see the meters and would never come back to Sedona should they be given a $40 fine if their time expires.

“Many people visiting will pull up, see the meters and back out,” said long-time Uptown business owner Al Spector at the meeting. “Think of the risk reward a $40 fine would create. It’s not appropriate.”

“It’s not worth it,” he said. “Almost all of us are opposed. “The meters will put us at a competitive disadvantage.” 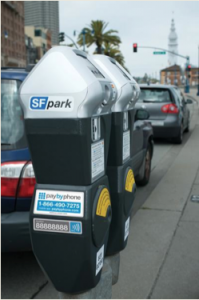 Council members argued that putting in the meters and creating more free parking off of S.R. 89A would greatly alleviate the traffic flow problems that have worsened in Uptown since the city installed additional traffic lights.

“We are hoping to better serve merchants by better serving peoples’ needs,” Councilmember Mark DiNunzio said. ‘The purpose is to free up spaces for passing traffic.”

With the majority of Uptown Sedona business owners solidly against the meters, the decision to move forward seems ludicrous and anti-business.

Many of those opposed to the meters fear the meters would damage the city’s “small town” atmosphere and that their installation would lead to an “economic disaster” for them.

“The staff’s job is to sell the meters, plain and simple,” Gilomen said. “People are unanimously against them… the presentations have been

full of holes… I don’t know how many areas in this country where you have four blocks generating between four and one half and $5 million in business taxes. Are we going to disregard this?”

Other speakers said the assumption meters are working in other tourist towns will not work for the Uptown corridor because those destinations are basically dead ends, where in Sedona people can just keep on passing through.

Uptown business owner Vikki Schlee said customers and visitors she spoke to about the city’s plan to put in the meters were aghast.

“Every person I’ve spoken to said ‘Are you people crazy,’” she said. “When you hear that over and over it scares the hell out of me.”

According to the staff report on the meters an estimated $280,000 in revenue from citations can be expected annually with and average of 20 tickets per day issued to visitors at $40 each.

After expenses the city estimates a profit of $135,764 the first year from the fines.

Business owners estimate a ten-percent drop in sales and sales tax generation should the meters go in which means a potential $500,000 loss in annual sales tax collection for the city.

Estimated costs for operation and maintenance of the metered spaces are between $450 and $1,000 per space annually.

The city will also have to spend approximately $ 1 million for improvement projects to existing free parking areas.

According to staff, the projects will require long-term financing and there will be additional annual ongoing costs to pay off the debt.

These debt obligation costs have not yet been estimated.

For some business owners the actions of the council almost seemed like a pre-nuptial agreement between the city and those behind the movement to install the meters; a waste of time for the business owners that came to the meeting to be heard.

“The issue regarding the installation of the paid parking meters in Uptown Sedona was resolved before the city council meeting was called,” said business owner Erin Loeffler. “To force citizens to sit through four hours of bureaucratic drivel only to have their voices completely ignored, borders on socialism.”

“I’m unwilling to say all these people are wrong,” she said. “If we want traffic to be the same then let’s not do anything.”

“Political will is a bitch,” she concluded.

One uptown merchant commented on Williamson’s statement, after the meeting.

“Well, when the city starts losing more than $500,000 annually in sales tax revenue after blowing more than a million bucks on the meters, they had better not come back bitching to us because of their stupid mistake.”