Cornville AZ (May 21, 2020) – On Wednesday May 20, at approximately 5:45 PM, the Verde Valley Fire District responded to a Wildland Fire east of Cornville between Cactus Road and Beaverhead Flats.

VVFD was originally dispatched to a car fire but this was rapidly upgraded to a wildland assignment as nearby vegetation caught fire and the wind began to drive it. On arrival crews deployed to both the eastern and western flanks of the fire in order to control the fire’s spread and Cornville Road was shut down in both directions for several hours.

Nearby organizations, Cottonwood Fire and Medical Department and Copper Canyon Fire and Medical sent crews in Type 6 Brush Trucks to help with suppression activities. The Forrest Service supplied two Type 3 Engines and crews while Sedona sent a Water Tender to support the efforts. The Verde Valley Ambulance Company supplied a Rehab Unit and an ambulance to medically check out one of the vehicle passengers. No one was injured. YCSO also had a presence and helped control traffic. 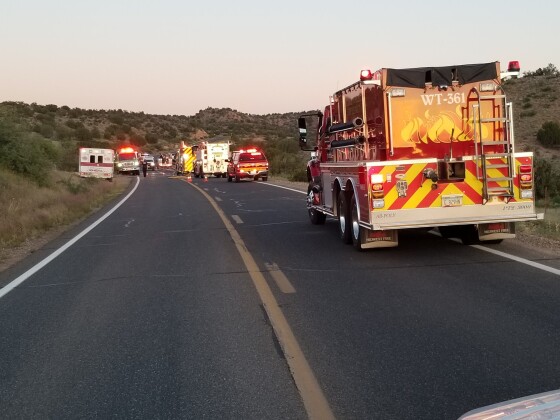 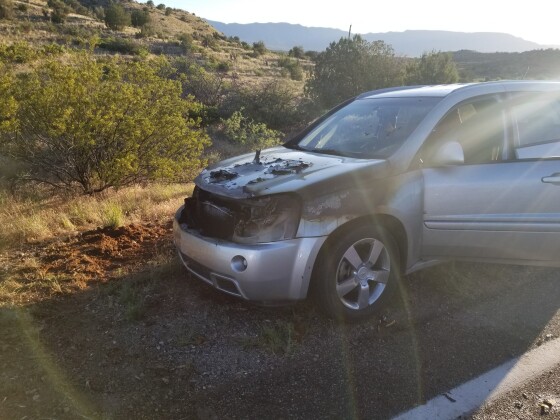 The fire grew to approximately 8 acres before it was contained.

Counting Law Enforcement and the Verde Valley Ambulance Company there were approximately 18 units and 36 personnel working on the scene to control the fire.

If you have any questions contact the Verde Valley Fire District by calling 928-634-2578.