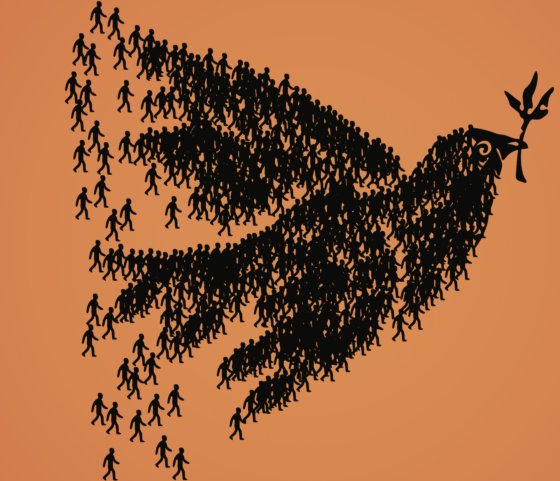 Sedona AZ : The world… it seems is split in half.

At least here in our country, anyway.

On one side of the aisle we have our liberals and on the other our conservative — Right vs. Left, divided by ideologies and opposing beliefs.

One side believes in concepts such as Critical Race Theory, women’s rights, abortion, vaccines, masks, global warming, and shared wealth.

The other side believes ins self-improvement, hands-off government, freedom to choose medical treatment and pro-life for the unborn.

The bitterness has reached a breaking point for so many. Families are divided. Cities, states    and communities are divided. There seems no end in sight to the hatred and animosity. It appears our country is on the brink of a civil war.

Yet, there are commonalities and desires shared by both sides. Common ground we can stand on.

There is no doubt both sides seek financial stability. Jobs that pay enough to meet their needs, and the needs of their families.

There is no doubt both sides want to be healthy and have access to quality medical care for themselves and their families.

And for sure both sides want a solid education for themselves and their children; to attend schools that are safe and staffed by competent educators.

Certainly, both sides want to live in stable, crime free communities where it’s safe to go outside and walk through their neighborhoods without fear of attack.

Both sides want peace and no wars to suck their youth out of the country to fight in other peoples’ armed conflicts.

Fresh air and clean oceans are essential to both sides. Pollution works for no one.

Both sides want the right to practice their religion without fear of reprisal or condemnation.

Both sides want their children kept free from the scourge of drugs and associated violence.

Being able to lead a meaningful life with purpose and a passion to do good and help other is something, both sides would agree on.

Given these shared desires, what then is the difference that keeps them us so divided?

The difference is the manner in which both sides seek to acquire and achieve the aforementioned commonalities.

The Right see it one way, while the Left sees it another. It is what both sides believe or have been taught to believe.  Here is where the fulcrum of the division lies.

Can we find common ground, given the separation caused by our beliefs?

We have two eyes. They do not work against each other. We have two arms, two hands, two legs, two feet, two ears and two nostrils working in tandem to maintain our bodies.

We even have two sides to our brain.

But we only have one heart. And perhaps the path to a unified country lies there.

To recognize that everyone, even our enemies, share the same basic needs and desires, is where to start.

A bird cannot fly with only one wing. If we wish to fly above the chaos in our nation it becomes essential the Right wing and Left wing, unite and work in unison for our country to soar into the future.

Recognize that the other side are humans as well and deserve to be seen, respected and heard. Understand they have the same needs as you. Then find that common ground.