Grant Season is Upon Us

Sedona AZ (February 22, 2012) – Spring is in the air, desert wildflowers will soon be appearing, and for many non-profits, spring also signals the beginning of grant-writing season. The City of Sedona is gearing up for grant season as well. 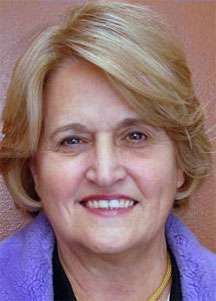 There are two main categories of recipients. The first are those organizations contracted by the City to provide a service that the city would otherwise have to provide. These include organizations like the Library, the Humane Society, the Sedona Chamber of Commerce, the Sedona Community Center, and Sedona Recycles to name the major ones. In 2011-12, the City has $1,293,470 budgeted for these services.

The second category includes those non-profits that develop a specific program for which they are seeking funding in the areas of arts and culture, community building or economic stimulation. In 2011-2012, the City had 33 requests from 26 individual organizations and funded 15 requests from 15 separate organizations totaling $120,000.

With the substantial amount of public tax dollars granted to non-profits, the system of application and accountability was reviewed in 2011 and more stringent requirements were established to ensure that the City’s requirements are consistent with the Arizona state constitution’s “gift clause”, which says that “Neither the state, nor any county, city, town, municipality, or other subdivision of the state shall ever…make any donation or grant, by subsidy or otherwise, to any individual, association, or corporation…”

While this clause sounds pretty emphatic, the courts have interpreted it to provide some flexibility. Courts have ruled that the gift clause is not violated by a government body, like the City of Sedona, when two conditions are met. First, the use of the grant must meet the test of public purpose, and second, the public benefit the city receives in return for its grant of public tax dollars must not be “inequitable and unreasonable” to the amount of money given to the recipient.

The Sedona City Council recently approved a definition of what constitutes a “public purpose” regarding our city grants. The Council determined that a program or service provided by a non-profit to the city must demonstrate a direct public benefit as opposed to an indirect or remote benefit; must promote public health, safety, general welfare, prosperity and contentment; and it must give equal and open access to all members of the community or the target population.

In addition to meeting the definition of public purpose, eligible programs must significantly impact the well-being and prosperity of Sedona residents in the areas of arts and culture, civic and community service, community building and economic stimulation. Organizations must demonstrate that city funding is essential to the success of the program or service. Programs should directly benefit City of Sedona residents, and preferably take place within the city limits.  And last but not least, the City encourages programs that are innovative and distinctive.

The services provided by non-profits to the residents of Sedona enrich all of our lives as residents and help make Sedona a destination for visitors.  The 2012-2013 cycle is about to begin. For more information, contact the City Manager’s Office at 204-7127 and check out the city website at www.SedonaAZ.gov under “I want to” tab, click on “Apply” and “Grant”.

Note: The above are my own observations; they do not necessarily reflect those of City Council or staff.