Around the Next Bend: Spring

Sedona, AZ (March 20, 2012) – A major winter storm passed over Sedona this past weekend. As predicted, winds picked up to 35 mph on Saturday, March 17, and then slowing to nearly zero on Sunday. As the winds dropped, clouds moved in and by mid day Sunday snow began to fall. 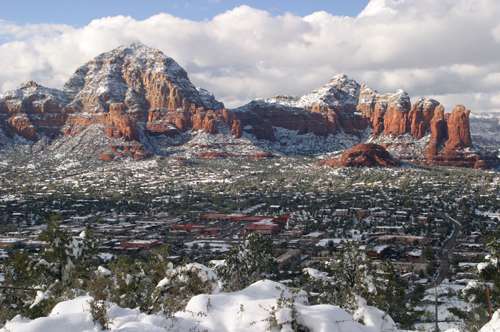 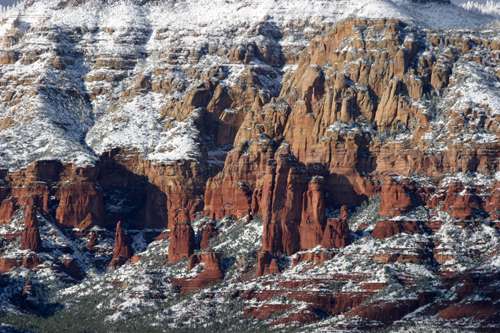 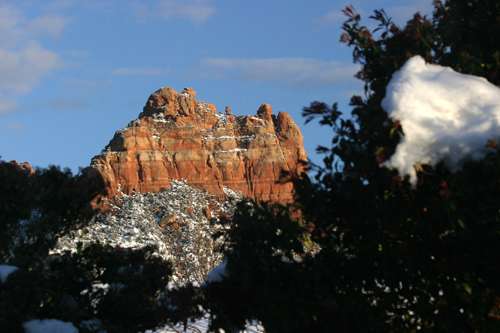 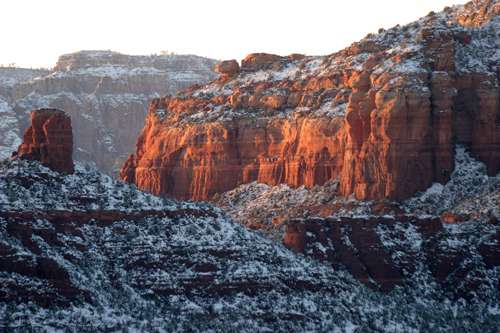 Snow continued to fall through Monday morning, but by 2 pm the clouds began to part and brilliant blue skies appeared. Locals and Visitors alike showed up at Airport Lookout to capture the scene. 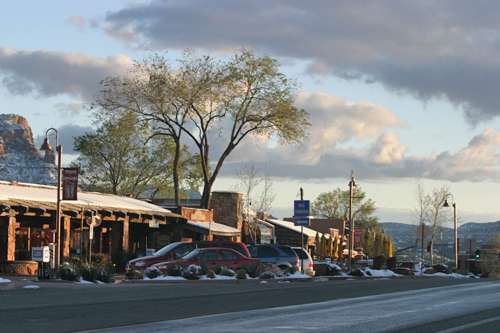 The only disappointment was at sunset: instead of glowing clouds drifting around the snow covered peaks, a the few remaining clouds gave a minor thrill, but not the spectacular crimson sky everyone anticipated.

The storm passed quickly, and left only snow as it retreated east. Tuesday dawned bright and sunny, and temperatures began to climb back to a more seasonal normal. It is forecast that by Thursday, 75 degrees  may be the high. Typically Sedona receives one late season snowfall before Spring begins. Look like Mother nature is right on time in Sedona.