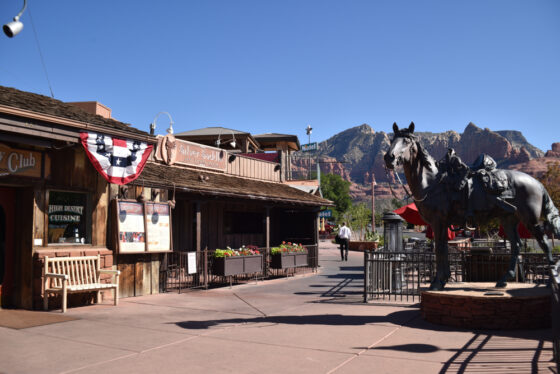 Sedona, AZ News: The City has complimentary goals of reducing reliance on fossil fuels and the resulting pollution as well as reducing traffic congestion. Sedona’s Community Plan includes a vision of a community that is more walkable and bike-able with less reliance on personal vehicles.

The city hopes to encourage people to leave their cars and walk, bike, or take public transportation by ensuring that the physical infrastructure to accomplish that is in place.

Towards that end, the City implemented shuttles to the trailheads, which is the first step in an ambitious program is to create a transit system that will eventually link Sedona to Cottonwood, VOC, and up the Canyon.

Once that system is in place, I believe we may be able to acquire land at the edges of the City where tourists can park their cars and use public transit to access Sedona’s attractions.

The shared-use pedestrian/bike paths are an important part of making Sedona a more walkable and bike-able community.  As more paths are built throughout the community, residents will have safe alternative to driving everywhere they need to go.